The WAX blockchain has quietly risen to prominence in blockchain gaming and it's time we deep-dive how and why that is. And more importantly, what does the future hold?

Crypto as a sector moves quickly — so quickly in fact, that even experts admit they couldn’t possibly absorb all the changes and news that happens on a weekly basis. I have been fortunate in this regard, in that what drew me to crypto in the first place was blockchain technology’s various impactful applications in the gaming industry. While it’s still tremendously difficult to keep an eye on everything — even with this specialized focus — I have been able to track major trends over the last three to four years, with the help of DappRadar’s Top Blockchain Games.

In 2018, I began to identify threads that were going to lead to great things when pulled. One in particular that I could see growing was the economy in and around games, as well as Play to Earn being a foundational mechanic. However, I could not possibly have predicted the volcanic eruption we have subsequently seen. This tremendous growth in interest has had me watching the dapp charts closely and there is a clear theme that does not get the recognition it deserves: many of the most popular games utilize the WAX blockchain.

Playing to Earn a Living

Ask those with a cursory interest in the gaming sector of crypto and they’ll likely point to Axie Infinity. It has seen widespread press for its positive impact in poorer communities left unable to work during Covid-19 and planted a flag in Play to Earn (P2E) games being more than a flash in the pan. While a minority of people have been made wealthy from games, what’s fascinating is the possibility of far larger numbers having the capability of living off P2E games.

It’s here where projects like Axie Infinity fall short. Due in part to its popularity and in part to being an Ethereum-based game, Axie Infinity has an almost untenable cost of entry and crippling transaction fees. So much so, that the struggling communities that were supported by the game — and in turn made it famous — are now the ones least likely to be able to afford to start. Axie Infinity scholarships began to form just to help new players over the high barrier of entry.

This is where the WAX blockchain shines; it has zero gas fees, faster transactions, a higher transaction ceiling (by an enormous margin), it’s carbon-neutral, and it is already home to some of the most popular blockchain games. The foundations are solid with some impressive projects built atop them. WAX ought to be the name on every blockchain gamer’s lips, but their dominance has been quiet.

I have seen several blockchains dubbed as the blockchain for gaming, and typically, it hasn’t been WAX that has been suggested. Nevertheless, you could comfortably argue that WAX is in pole position. It has boasted some of the most successful blockchain games by whichever metric you choose and is growing, not receding. Furthermore, the WAX blockchain processes over 80% of game-related transactions across all blockchains.

Here are some of the strongest games on WAX and why they’re noteworthy.

Alien Worlds is an NFT metaverse strategy game with staking, Planet DAOs, and NFTs with utility. The in-game currency, Trilium (TLM), is a wildly successful token in its own right, even listed on Binance.

What’s most impressive isn’t just that Alien Worlds has seen staggering growth, it’s just how consistent it has been. In the last 6 months, it has averaged around 10,000,000 transactions per day and with daily users steadily growing, and multiple peaks above 400,000.

Alien Worlds is a significant part of gaming history at this point as it was arguably the first blockchain game to really excel, paving the way for future titles. It may be battling to stay at the top of the table of late, but it isn’t going anywhere soon. But, what is challenging Alien Worlds for first place? Splinterlands.

Splinterlands is a digital, collectible card game in which you battle other players using your cards. Like Magic the Gathering, you collect decks and then engage in skill-based combat with another player. This genre of game could have been designed purely for blockchain given how perfectly the two combine, and we are beginning to see a sharp rise in the popularity of these card games that have harnessed blockchain technology.

Splinterlands has seen some activity for several years, first surfacing in 2018, but in July 2021, its potential was realized by the blockchain gaming masses and it went parabolic. In October 2021, it pipped Alien Worlds to the title for the most played blockchain game for multiple days and weeks, and its metrics are all going in the right direction. 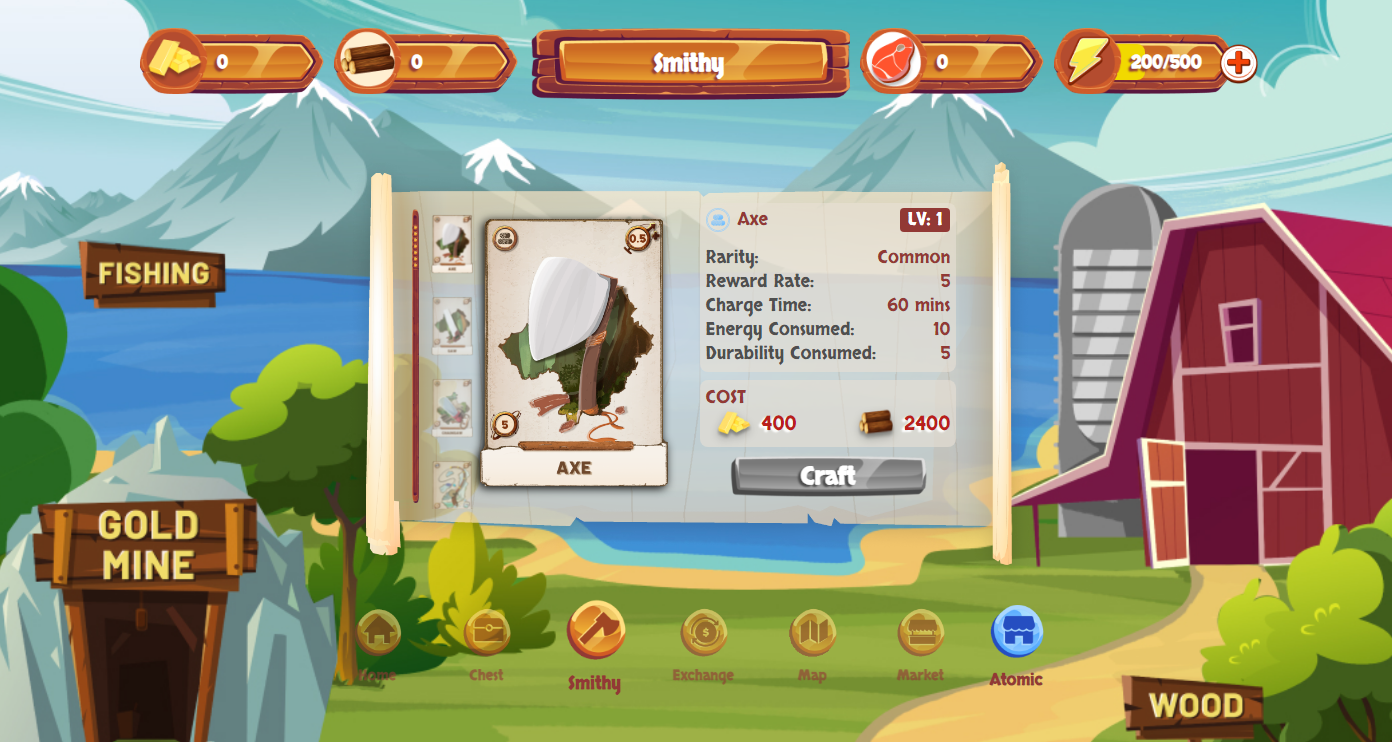 Farmers World is exactly what you think it is: an NFT-based farming game. If you’ve ever played any sort of browser farming game, you’ll know roughly what to expect and you may also have an idea of how addictive they can be. With the introduction of blockchain to the genre, Farmers World has enthralled gamers looking for the next P2E title.

Farmers World’s activity charts follow the same pattern as Splinterlands, but compressed into an even smaller timeline. In just two and a half months, Farmers World went from under 2,000 daily players to near 50,000, smashing into the top 10 blockchain games on DappRadar. What’s all the more impressive, however, is the volume of sales, accruing over $1,100,000 from the start of August 2021 to the middle of October 2021. In December we’re seeing over 70,000 daily users and days with north of $1,500,000 in volume.

WAX undeniably has a strong presence in blockchain gaming and has had it since P2E mechanics put blockchain-based gaming on the map. However, WAX’s strong roots overlook the more interesting revelation: WAX’s influence in the sector is growing and quickly.

Since Spring 2021, games on WAX have dominated the charts and as Summer turned to Fall, new projects emerged and ignited in popularity. And yet, what we have seen so far is the glistening tip of a deep iceberg.

The projects on WAX currently, particularly the ones discussed in this article, have acted as fantastic use cases for both blockchain’s role in gaming and the viability of P2E. That is, NFTs clearly have the power to revolutionize the gaming industry and empower players, and P2E mechanics, when combined with a carbon-neutral, efficient, and gas-free blockchain, equals insatiable demand. Nevertheless, what excites me is what is to come, and I don’t mean the endless hypothetical potential.

“The WAX blockchain was designed and built from the start with games in mind. The proven-in-real-world-use high volume transaction capacity and low fee structure with no fees for certain transactions which are central to operating games makes WAX the ideal blockchain for any game which is looking to incorporate play-to-earn monetization whether blockchain based or traditional gaming platforms.”

There are numerous projects in various states of readiness, from pre-alpha through to beta and stress testing. Many of these games are aligned with more traditional gaming and will look to attract not only the P2E crowd, but the broader spectrum of gamers. The best example of this next generation of blockchain game is HodlGod. 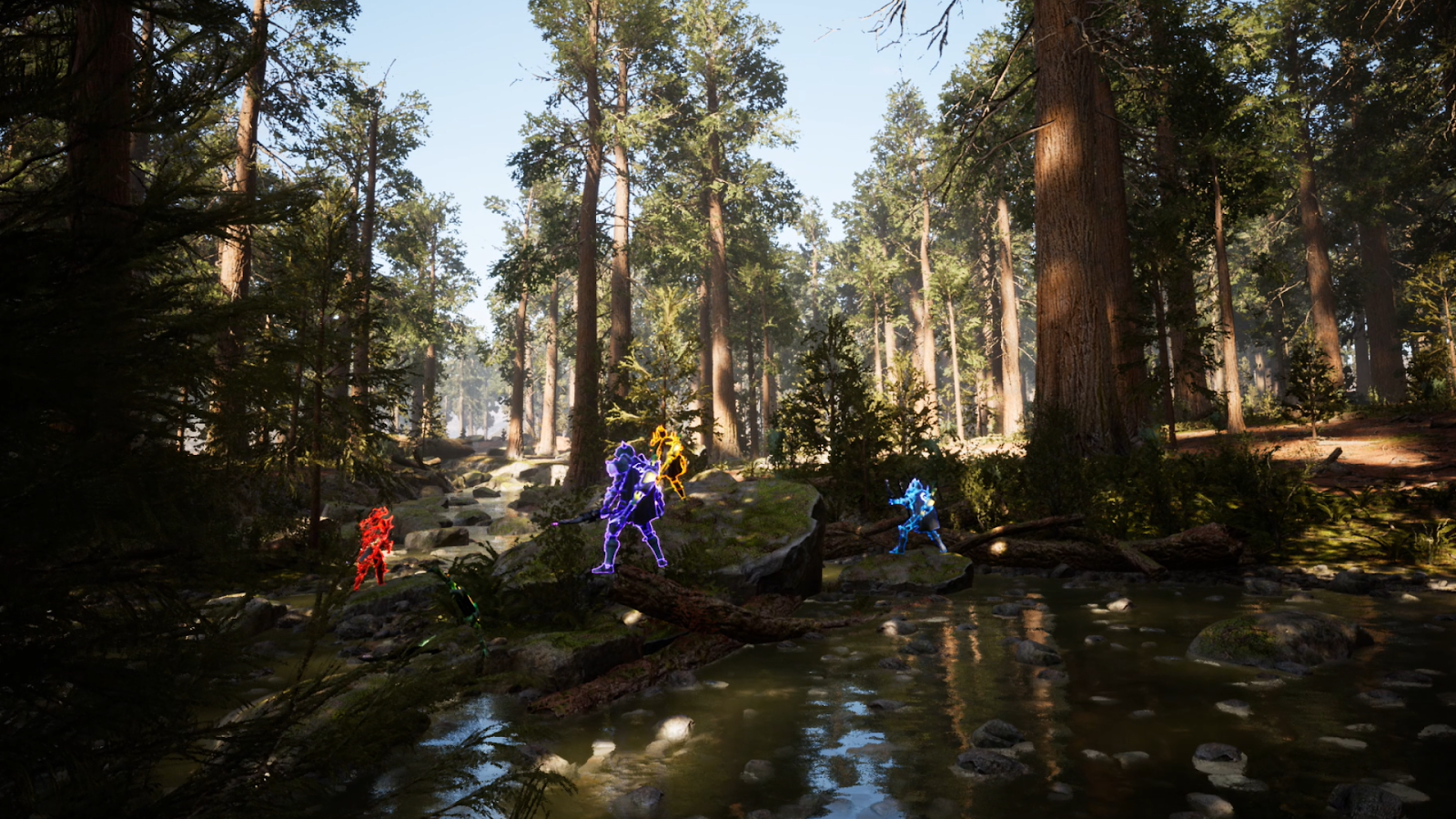 HodlGod is a 3D, Player Versus Player Battle Royale game, utilizing both NFTs and DeFi to enrich the experience with a vibrant player economy, P2E mechanics, and to act as a key cog for developer, Onessus, in their metaverse wheel.

HodlGod marks one of the first projects that align with my early aspirations for blockchain gaming. It is a project geared at traditional gamers which aims to capture eSports fans while also attracting the P2E and NFT trading crowds. It is a highly ambitious game from a developer who appears to want to be the pacesetters for this new burgeoning sector of gaming. The in-game currency, VOID, is also the base utility token for Onessus and their metaverse.

HodlGod has the graphics and gameplay of a AAA title. It is the sort of game that would attract players even if it didn’t have blockchain technology, and that is the hallmark of a project worth following. Onessus has made it clear that the allure of the WAX blockchain is a combination of the brilliant WAX Cloud Wallet (WCW) with its painless on-ramp and ease of use, and zero fees. I would add that if HodlGod sees the explosive growth it deserves, WAX is one of the few blockchains that can handle the pressure of high transaction numbers, as we have seen with games like Alien Worlds. A game that has a ceiling placed on its success by the blockchain it is built on is hamstringing itself before it begins.

The newest signs of things to come with WAX is their collaboration with Binance to create Blockchain Brawlers. This cross-chain (with Binance Smart Chain, $BSC) P2E game has seen its NFT brawlers selling faster than mulled wine at a Christmas market. We’re still in Phase 1 of Blockchain Brawlers‘ launch, but what ought to be a green flag to those interested in WAX or blockchain gaming is Phase 4.

Phase 4 will see the Binance NFT and WAX bridge open so that players can trade the NFTs between the two chains seamlessly. This is undoubtedly the first of many projects that will utilize this new channel, as interchain operability becomes central to many games’ and chains’ roadmaps.

The blockchain gaming sector is moving at a rate of knots, with games growing exponentially month on month, and new projects rising from nothing to unprecedented success in a matter of months. This is an exciting time for gamers and proponents of blockchain, and there are few blockchains equipped to support this level of growth.

Not only has WAX proven itself with games currently commanding the dapp activity charts, but they are a blockchain purpose-built for gaming. Their infrastructure, WAX Cloud Wallet, marketplaces, and overall efficiency make them the most likely long-term home for blockchain gaming.

Previous article
PlayNFT Twitch Plugin to Enable NFTs for Streamers
Next article
WAX Lyrical, Episode 4: What Is the Metaverse?