Why Shrapnel Might Be the Most Exciting Game in Development

"...it appears as if all the gear NFTs you bring into the game, as well as the Sigma collected in a match, can be lost if you die, to be picked up and won by others."

Back in May, when I covered the Avalanche blockchain, I briefly mentioned an upcoming game titled Shrapnel, which I said I would keep a close eye on. I’ve been looking into the game more this past week, and it is worth discussing now because it has made some real progress that has me excited.

It claims to be the first AAA FPS built on blockchain, which is quite the claim. If it delivers on its projected gameplay, this could be a huge game for crypto. Let’s get into the whys with the following topics:

One of the main reasons why Shrapnel has me pumped is the gameplay. Shrapnel is an FPS (First Person Shooter) with a non-traditional game mode built on Unreal Engine 5. We all know about the standard FPS game modes and have played them all countless times. We know how team deathmatch works, how capture the flag works, and how some sort of bomb planting game mode works. We’ve played the zombie survival game modes, and more recently we’ve played the slew of battle royale games. But the Shrapnel game mode seems to be something new, at least to me, and that’s exciting.

The base game mode in Shrapnel is called Extraction. In this mode, players will enter an arena called “The Zone” where they search for a resource called Sigma as well as different gear NFTs. Once they have gathered as much as they think they can risk, they will need to head to an extraction point and survive long enough in order to escape with all their loot. But here is what is interesting to me, it appears as if all the gear NFTs you bring into the game, as well as the Sigma collected in a match, can be lost if you die, to be picked up and won by others. This creates a high-stakes environment, where it’s risky to stay too long in a match, and risky to bring all your gear in too. Players will need to weigh the cost/benefit scenario they are put in. Keep fighting for the chance of greater and greater rewards, or get out now, while you still have a chance?

While this type of game mode does excite me, it also does worry me a little. Risking one’s assets in a game could be problematic for the playerbase. Will gamers shy away from this game due to the risk? Will losing leave a bad taste for players who had good gear in a match? How will the developers safeguard people from losing everything at once? These are all questions I have, but I look forward to learning more about how this game mode can work. 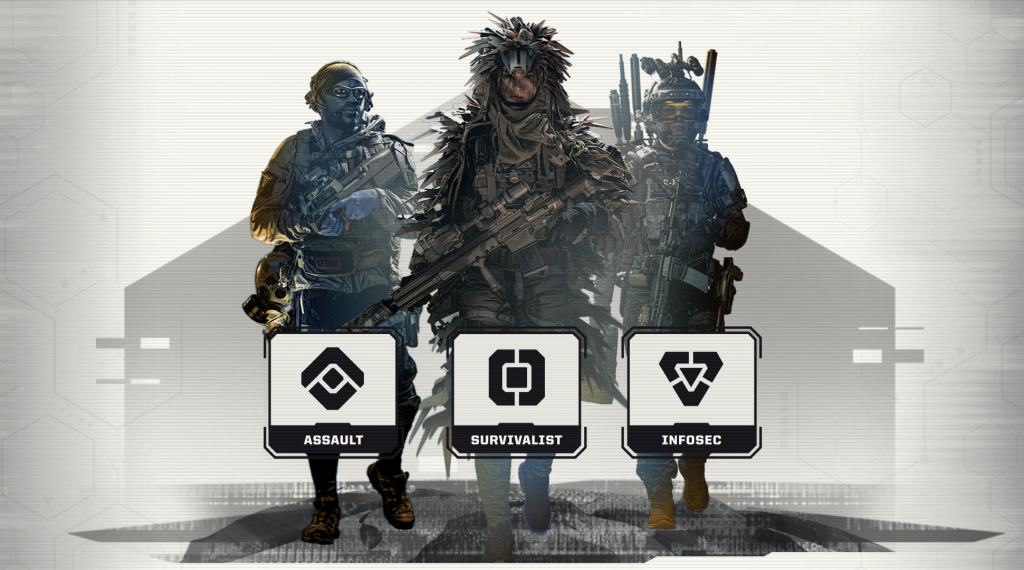 Like every good FPS out there, classes will also be a factor in whether you win or lose in the arena. Each of the three classes, Assault, Survivalist, and Infosec, will have their own unique skill-based progression tree, as well as specialized equipment. The strengths and weaknesses of each class are also meant to encourage alliances to form within Extraction.

The second piece of this game that fascinates me is the content creation side. The developers are building a whole system to encourage different content creation in-game. For example, players will be able to build their own maps for others to use. There will be an entire system set up for ranking maps. The better-performing maps will get more and more exposure and will reward the creator of those maps. Not only does the creator get rewarded, but there will also be a curation role different gamers can take. This role will involve finding good maps and promoting them to others. The curators will also be rewarded for their work of sorting through the user-created content. The whole system of how maps get promoted is a little complex so if you want to read more about it, you can check out their whitepaper. 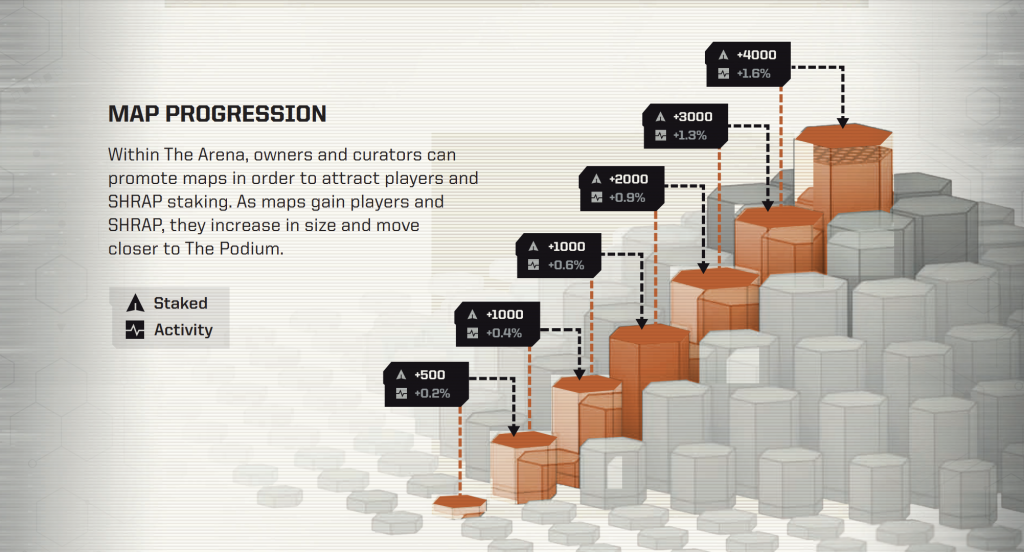 Along with maps, player-created skins will also be circulated in-game. These can go on sale on the in-game marketplace, and will be crafted with limited quantity items. The SHRAP crypto, an ERC-20 token, will be used to purchase items on the marketplace as well as be given as a reward for those players who do create or curate successful maps. It’s unclear how the SHRAP token and how the Sigma resource won in-game will interact with each other.

I appreciate how the developers are trying to attract different types of gamers. There will be those who approach the game and try to dominate in the arena, as well as those who enjoy spending hours on end perfecting a map, or creating a new skin. There will even be the role of curating, which will require players to play test large amounts of user-made maps to promote. All of these roles will have a unique place in the Shrapnel ecosystem.

It’s encouraging to see a high-quality game come to Avalanche, which so far has very few games. It will be a lot of fun to play around with building new maps, and figuring out how risky to play in the arena. Overall, Shrapnel looks promising, let’s see if it can deliver!

Previous article
Get a Glimpse of Mirandus Gameplay, Gala’s Web3 MMO!
Next article
Is Myria a Web3 Gaming Studio Worth Following?