Why Alien Worlds’ Galactic Hubs Grant Could Be the Future

"To be clear, this is not something that many games could properly execute yet, but Alien Worlds is one of the few. Like so much the game's developers have achieved so far, it is a pioneering move that seems innocuous until you look just that little bit closer."

Alien Worlds has been one of the stand-out success stories of blockchain gaming and an early pioneer of Play-to-Earn (P2E). As the team launches season 2 of the Galactic Hubs grant, we look at what it is and why it’s important.

Alien Worlds is a fascinating story and one that has unquestionably established itself in the foundations of blockchain gaming and even the history of crypto’s rise. If I’m honest, when I first tried the game in early 2021, I was baffled. Alien Worlds reminded me of this game my Dad had on a floppy disc in the ’90s called Gazillionaire. It seemed so dated that I couldn’t make sense of its popularity. I’m sure many gamers feel the same when they look at it today, but looks can be deceiving. Yes, most of the (current) gameplay is text-based and basic, but Alien Worlds is anything but simple. In fact, the team is perpetually pioneering in the space.

There is a lot to admire when it comes to Alien Worlds, with the game’s rocksteady tokenomics and innovative DAO system being two that jump immediately to mind. However, Alien Worlds’ Galactic Hubs grant is particularly interesting if you zoom out.

Alien Worlds’ Galactic Hubs program has two parts: Development and Pioneer. The Development half is focused on smaller projects that look to create value in the Alien Worlds ecosystem, whereas the Pioneer half can acquire larger grants but requires larger goals and more proof that the team can achieve them. 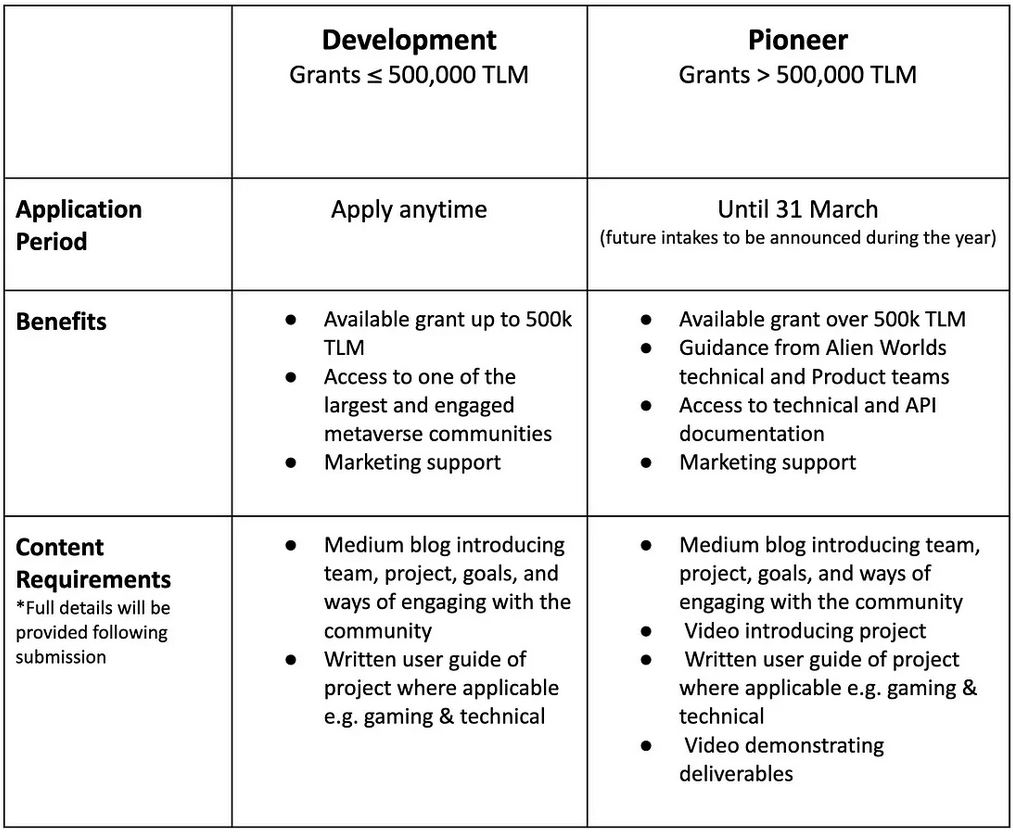 So, what does “value to the Alien Worlds ecosystem” mean? It’s an open-ended question but there are some guidelines and suggestions. For 2023, Alien Worlds is looking to provide grants for game add-ons, tools for the Syndicates (Planetary DAOs — to learn more about these read our article on it here), full games that utilize Alien Worlds NFTs and tokens, content creation (including streaming), development of lore or art, and more. It is left purposely vague to attract pitches of fresh and original ideas too, I suspect.

To apply for a grant you simply need to create an account on the Galactic Hub (here) and enter your application.

Why Could This System Be the Future

Web3 grants are not uncommon, in fact, in many gaming ecosystems, they’re pretty damned common. WAX, Polygon, Avalanche, Solana, Immutable — they all have grants available in one way or another. However, this Alien Worlds grant system is from one game — albeit one that aims to be a metaverse — and what they’re doing could end up being the status quo for Web3 games that achieve any degree of success.

Traditionally, games have had closed economies; This wasn’t an issue, but it was limiting. With a tokenized economy such as Alien Worlds with their Trilium ($TLM), it is an open economy that even non-players can engage with by buying and selling their tokens or their NFTs. Now, awarding an in-game currency to players who do something to benefit the game isn’t new, but it is rare. This is likely because it isn’t a worthwhile incentive for any larger projects and real remuneration would be necessary most of the time. 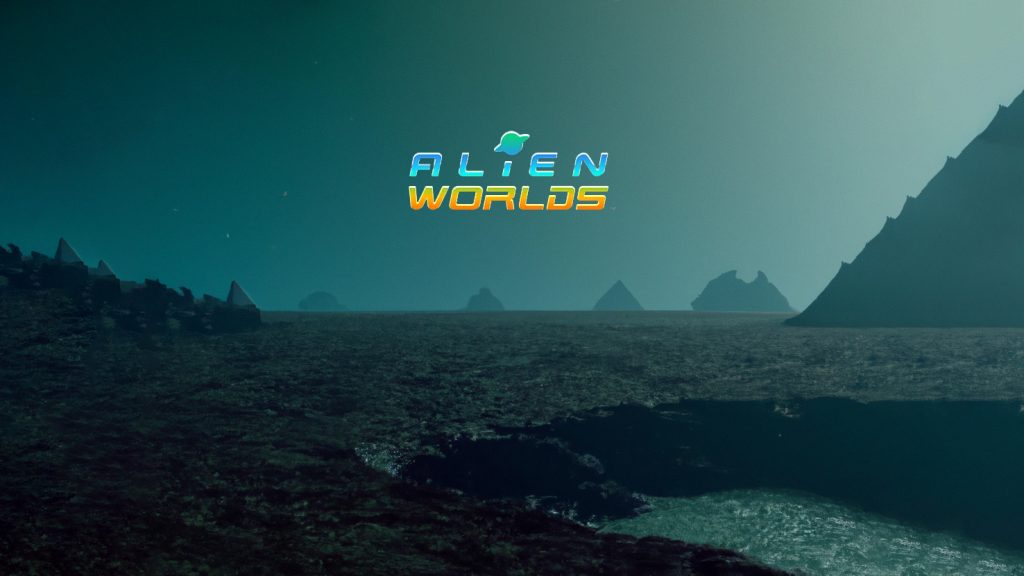 With Web3 games that have a tradeable token like Trilium, the in-game currency is, for all intents and purposes, a currency. If you earn Trilium in-game, you can trade it for fiat currency if you wish — and that’s Play-to-Earn in a nutshell. What Alien Worlds is doing is offering their token as the grant. This means they don’t have to dip into their coffers or raise capital to invest in small and large community ideas. And yet, as it can be traded for fiat, it’s still true remuneration. (This, of course, hinges on solid tokenomics.)

What is happening with this grant is that Alien Worlds is able to get their community and even those outside of it to flesh out their metaverse with related games, tools, and so on. The Alien Worlds team is being pitched concepts and they can pick and choose the best, investing their created asset. This is a symbiotic relationship as it is part of the creator economy in Web3, which is one of blockchain gaming’s chief benefits. If handled carefully so not to flood the books with sell orders for $TLM and destabilize the token price, this allows Alien Worlds to improve their game’s ecosystem, attract talented people to it, reward the community, and keep the economy active, all at the same time.

To be clear, this is not something that many games could properly execute yet, but Alien Worlds is one of the few. Like so much the game’s developers have achieved so far, it is a pioneering move that seems innocuous until you look just that little bit closer.