"Many may criticize Big Time for using a cosmetic-based economy, but it ought to be praised as it shows experience with MMOs and an understanding of what can quickly ruin them."

One of our favorite Web3 games — and one we have partnered with in the past — has finally revealed how its economy will work. Here’s everything you need to know about Big Time’s economy!

Economies are baked into the foundation of any good MMORPG. Whether it’s Eve Online — and that economy has been studied by economists — or New World, a broken financial system leads to a broken game. Conversely, a blooming economy incentivizes the game’s players to no end.

This is true of traditional MMORPGs. That is, MMORPGs without blockchain technology. Once you add in blockchain and the currencies are tokenized alongside in-game items being NFTs, you open up the game’s economy to an entirely new dimension. This dimension has typically been unregulated and at best, a grey market.

Big Time and Its Economy 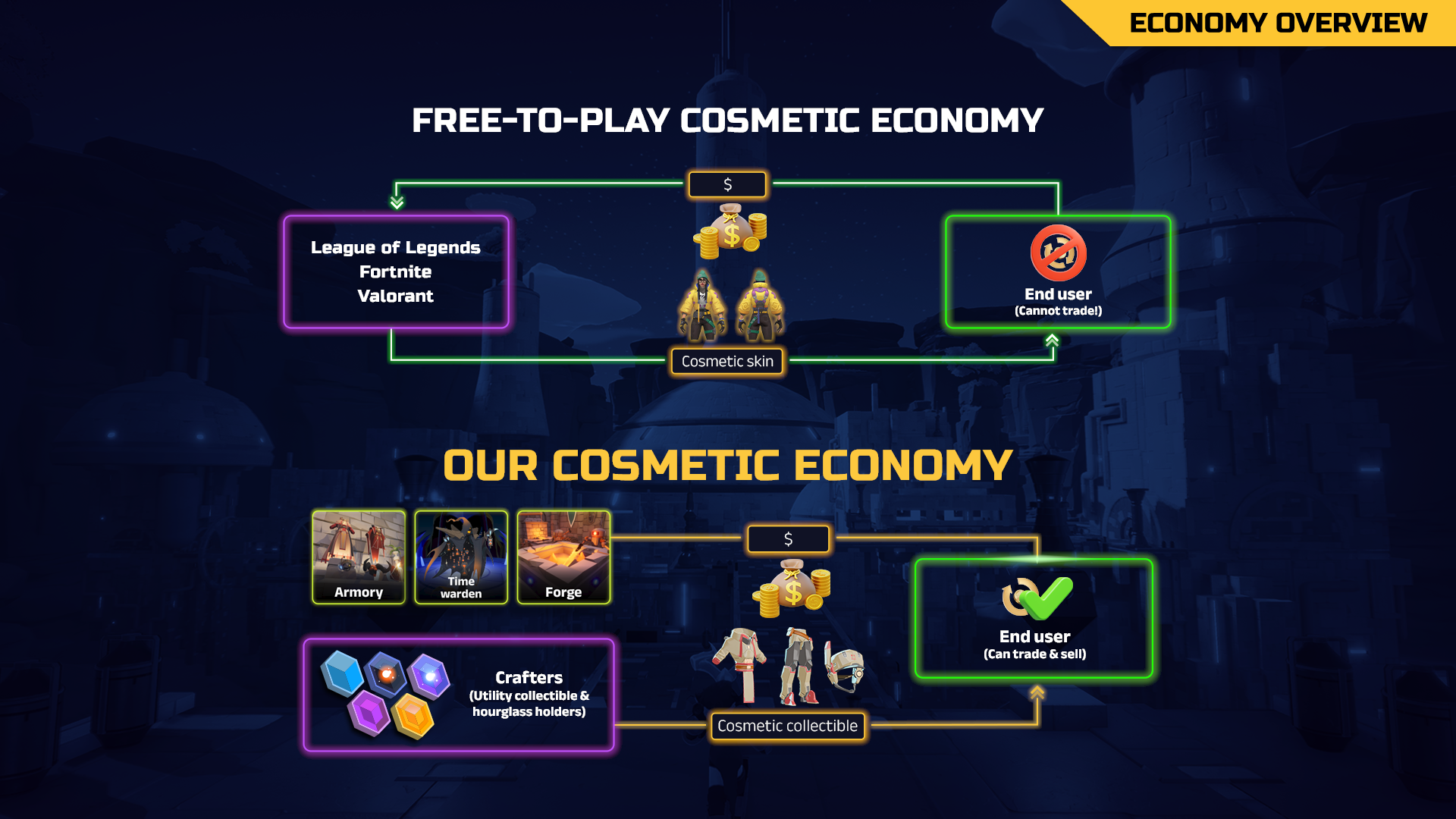 Big Time is one of the first fully-fledged MMORPGs to be using blockchain. Not only is it AAA in quality, but it has a depth to it you would see in a Web2 game. Given how relatively short the time has been to develop a blockchain game, this is impressive in itself.

Nevertheless, many of us have been eagerly awaiting news on the game’s economy. The above video goes through a lot of the details and I could not possibly do it all justice in this article, but I will highlight some features that are worth noting. Then, I would suggest reading their mini whitepaper.

Firstly, as Big Time puts it: “At Big Time, one of our main design pillars is fair play, which is why we built our economy to be a ‘Cosmetic Based Economy'”. Simply put: Big Time is not pay-to-win. Secondly, the way in which $TIME token is earned: it is capped in supply and time-gated (pun very much intended) to earn. This means, the bigger the player base, the more valuable the token is, at least in theory.

Many may criticize Big Time for using a cosmetic-based economy, but it ought to be praised as it shows experience with MMOs and an understanding of what can quickly ruin them. All in all, the economy looks decent. It isn’t overly complex or unnecessarily convoluted, but cosmetics have been proven to be enough of a draw in games that the economy shouldn’t be lacking either. We will have to see it in action to get a true sense of its efficacy, but it’s another reason to be optimistic about Big Time’s future.