"It's great to see more eSports-style tournaments being arranged in blockchain gaming. We sponsored a Forge Arnea tournament earlier this year and will certainly look to both sponsor and host more in the future."

The number of playable blockchain games that resemble traditional (read: Web2) games is growing by the day, and Undead Blocks is just that. We have already seen a whole host of TCGs that are of a high standard, but when it comes to other genres, it has been a little lacking.

One of the first to buck that trend is FPS (First-Person Shooter) projects and we’ve been rather vocal about how much we have enjoyed games like The Forge Arena on WAX and ev.io on Solana. There has, however, been another we have been keeping our eye on since it entered open beta: Undead Blocks.

This zombie survival shooter has notes of Call of Duty and is walking down the familiar line of kill-to-earn. The game already has some depth to it without loadouts and upgrades, though it is, of course, early days.

The first tournament (with at least one more scheduled), will begin on 8th July 2022 and it is a pistol speedrun. That is, using pistols only, you have to kill 100 zombies as fast as you can, with all players receiving some reward for completion, but the fastest time netting $1,000. It is unclear if that is in their $UNDEAD token, USD, or another cryptocurrency.

According to the Undead Blocks Discord post, the tournament was pushed back a week so that they could roll out some anti-cheat functionality, as well as adding some new settings (like ADS sensitivity), and bringing in some sponsors. 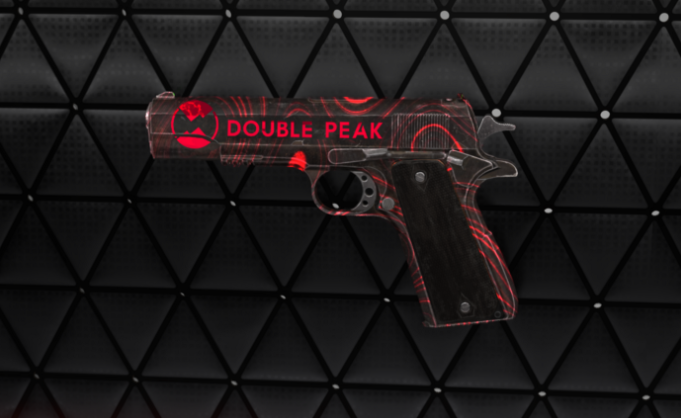 Double Peak Group and Kratos Guild will be sponsoring the tournament and as part of the agreement, players will be using the above Double Peak pistol skin.

To enter the Undead Blocks Pistol Speedrun tournament, you must hold one of the Genesis or Apocalypse NFTs; this tournament is aimed at early adopters. You are still able to buy these on OpenSea, but the floor price at the time of writing this is 0.195 $ETH (around $200). If you’re confident you can win or that you will compete in multiple tournaments, that’s perhaps not a bad idea!

It’s great to see more eSports-style tournaments being arranged in blockchain gaming. We sponsored a Forge Arnea tournament earlier this year and will certainly look to both sponsor and host more in the future.

Previous articleMint One Podcast, Episode 28: The Danger With Web3 Influencers
Next articleRumor That GTA 6 Will Use Crypto: How Credible Is It?