"Last month Undead Blocks was on fire, with a new tournament every single weekend. This type of community engagement and competitive activity is encouraging to see in Web3 gaming…"

October is here, so it’s time again to create our list of the top 5 Play-to-Earn Games this month! Before we jump into the games, let’s look and see what users are picking.

As you can see, the number 1 rank, Gameta, is new to the scoreboard, although it only ranks high because of its user count, not volume. It seems to be more of a gaming platform than a game itself, so I’m not sure it will continue being on this list moving forward. The top 5 from last month — Alien Worlds, Axie Infinity, Solitaire Blitz, Trickshot Blitz, and Splinterlands — all find themselves still in the top 7 this month. Benji Bananas has moved up to third with a large user count and a pretty solid trading volume as well. Now let’s get into the games!

As always, there are 3 prerequisites for the games listed below, and they are:

Up first on our list is Big Time. It isn’t the first time on our list, and it likely won’t be the last because it stands out in Web3 gaming. Big Time is a multiplayer RPG game where you can play as multiple classes of characters while teaming up with friends to save the universe. If you want to play, you do need a Ruby Pass, so hopefully, you won one of the fifty we just gave out! One thing Big Time has going for it is a team of devs with backgrounds in some major gaming companies such as Epic Games, Blizzard, Riot, and EA. If you want to earn in this game, you can through NFT drops.

If you want to learn more about Big Time, you can also check out the latest Mint One episode on it!

God’s Unchained is the only card game that made the list this month. Built on Immutable X, this card game is trying to reach the masses of Web2 with the technology of Web3. They host tournaments regularly, including one coming up on October 8th/9th with $53,000 in prizes.

If you are into games like Hearthstone, then this is one to give a try. This game has a good depth of strategy as you need to learn the intricacies of each card to master the game. You can earn through selling NFTs, as well as obtaining the in-game $GODS token. I’m hoping the team continues to lean into esports with more tournaments, as well as continue to build their pool of cards. 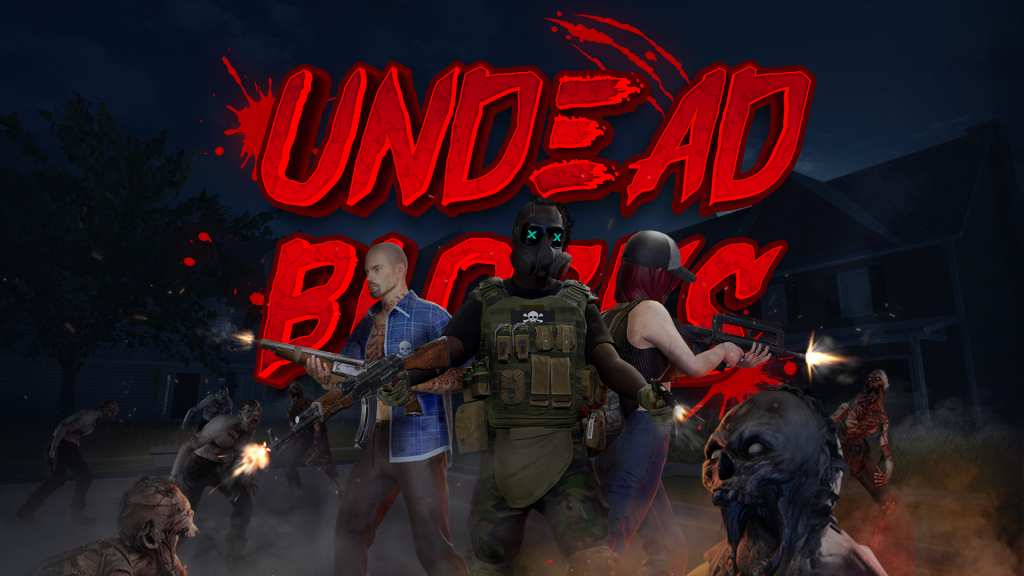 Last month Undead Blocks was on fire, with a new tournament every single weekend. This type of community engagement and competitive activity is encouraging to see in Web3 gaming, and I’m hopeful the team over at Undead Blocks can keep this up. For those of you who don’t know, Undead Blocks is a zombie survival FPS built on blockchain technology, and is similar to Web2 versions. You run around fighting waves of zombies trying to stay alive while getting better weapons to help you out.

It is still a pretty basic game, so there is room for improvement, but I think the developers will continue to add on as they go. I’d like to see some more game modes and maps added to the game, to give more variety for the players.

4. Earth From Another Sun

New to our top 5 list is Earth From Another Sun (EFAS). This game has been on my radar for a while now, and I am now adding them to the list as you can earn NFT skins in-game. EFAS is a role-playing game with first-person shooter elements to it. You can team up with friends to explore and fight enemies. What makes this game exciting is the large variety of gameplay. Such as space fights, open world exploring, joining a faction, land battles all in a Sci-Fi setting.

I think my main criticism is this game may suffer from too much ambition. Instead of picking a few lanes they do really well in, the devs may be trying to do too much. It will be very interesting to see how they continue to grow the game moving forward. It’s also worth mentioning they advertise the game coming to Steam next year, though I don’t know how that partnership will work given Steam’s rejection of Web3 games in the past.

Rounding out the top 5 for this month is Thetan Arena. This MOBA-style game is fun to play and can get surprisingly competitive. You and your team face off against the enemy team in various different game modes like team deathmatch, Tower, Superstar, Battle Royale, etc. Like traditional MOBAs, there are a wide variety of champions and abilities to master, each with their own advantages and disadvantages. Learning them, and how each can be used takes time but often makes the difference between winning and losing.

This game being on mobile is also a win in my book as it’s easy for a wide audience to play. I’d like to see the developers continue to add new maps and characters to play. Also, adding a more competitive scene would be a great addition to his game.

What did you think of our top 5 list this month? Let us know on Twitter or in our Token Gamer Discord channel!