Top 5 Mobile Web3 Games in Development You Need to Know

"Guild of Guardians is a mobile RPG with a huge following, with over 150,000 people pre-registered. They want to build the 'World's most popular RPG,' which is of course an ambitious thing to do."

As you may know, I am primarily a mobile gamer. I appreciate the accessibility of this type of game, as they are available to a broader audience, and can be played wherever you are throughout your day. That being said, there haven’t been many Web3 options when it comes to mobile games.

In general, it seems as if developers are building more for browsers or PC. But there are some high-quality games coming to mobile soon which I’m particularly excited about. Let’s jump in below and see what they are, and when we might expect them. We will cover:

First up on our list is Heroes of Mavia (HoM), which I covered extensively here back in April. This game has clearly drawn inspiration from Clash of Clans (CoC), the wildly successful city-building Web2 game. Like CoC, in Heroes of Mavia, you control a base where you level up your defenses, train your troops, and prepare to invade your enemies. You can acquire heroes in the form of NFTs to fight alongside your army, and can earn a crypto in-game called RUBY.

Heroes of Mavia is built on Ethereum, and uses the Layer-2 solution, Arbitrum, to avoid the gas fee issue. My main critique of HoM is the high cost of land in the game, currently selling for over 0.5 ETH for a common plot. Hopefully, it pays off for the owners, but I’m skeptical when games use exorbitant sales and craft their game around expensive NFTs like this. HoM is looking to launch a beta at the end of this year, with NFTs coming to the game in Q1 of next year. Overall, this is one I’m sure to test, and likely will play long-term.

In this 5v5 MOBA, you will be battling it out against your enemies, wearing your favorite skins (that are NFTs), and earning the game’s token, $LOA, a BNB token. What’s great about implementing NFTs as skins and not characters, is it makes the game free to everyone. It means there won’t be a limited amount of characters which would pose a big problem to game balance and fairness. This is exactly how a MOBA should implement blockchain, and I’m glad they are going in this direction. It also looks like beta testing for this one is right around the corner. 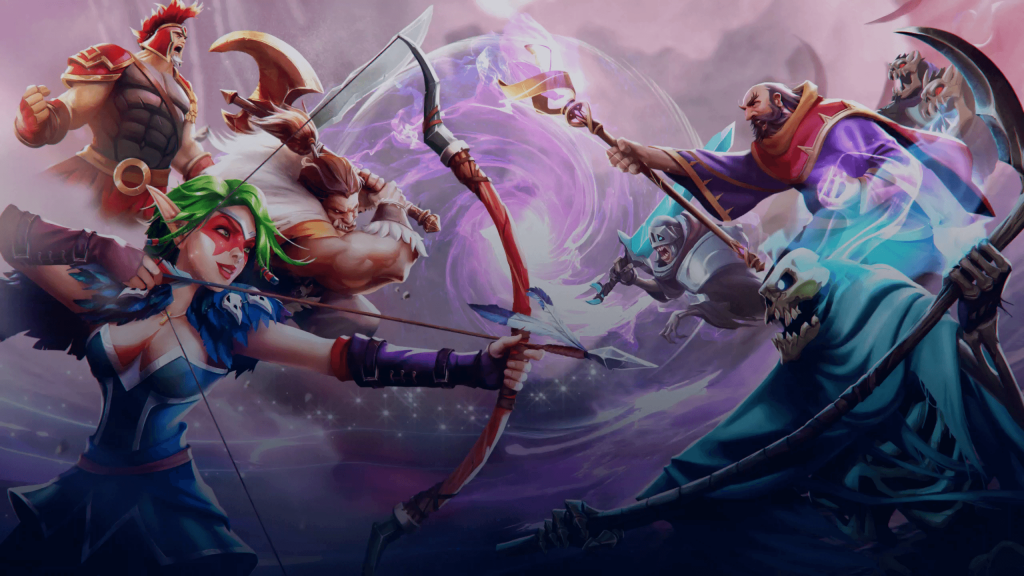 Guild of Guardians is a mobile RPG with a huge following — there are over 150,000 people pre-registered. They want to build the “World’s most popular RPG,” which is of course an ambitious thing to do, but from what I’ve seen, the game looks top quality. As a player you will fight through dungeons with your team of heroes, and can join together with your guild to become stronger. There will of course be a Play-to-Earn element to this game with their blockchain technology,  Immutable X. Players will be able to play for free and earn NFTs and tokens from regular gameplay.

A game of this magnitude does seem like an enormous undertaking, but it also seems like the team is sticking to their roadmap pretty well. The plan is to have a beta the first half of 2023 and a fuller launch during the 2nd half.

It’s difficult to do a top 5 list, without including Gala somewhere on it. Although most games by Gala currently in development are not mobile-friendly, Eternal Paradox is an interesting one I’m following. If you want to check out some others (that aren’t mobile) here are eight more I covered.

Eternal Paradox calls itself an RPG and 4x fusion. 4x refers to Explore, Expand, Exploit, and Exterminate. Essentially, it’s a city-building game where your city is built on a world map and you can send your troops to attack and conquer other player cities on the map. This differs from a game like Clash of Clans where there is no map/travel time in between cities. They did hold a brief playtest of the RPG part of the game, and it was pretty fun. You have a team of heroes who fight against other enemies in turn-based combat. I couldn’t find a clear answer when this game will be launched.

Finally on my list is a lesser-known game, City States: Medieval. For disclosure’s sake, I do own both a large amount of NFTs as well as the governing token for this game, $CSM.

City States: Medieval is the game that originally got me interested in blockchain gaming as I love city-building games, and I was also impressed with their tokenomics. This game is built using WAX for NFTs and Stellar for the tokens. The developers would like this to be friendly to non-crypto natives, so hopefully, within the app everything runs seamlessly given the complexity of the underlying blockchain use. Along with the city-building aspect of the game, there will be a turn-based PvP mode, and a deep economy.

The PvP mode consists of a field of hexagons your troops will be able to navigate. If you’ve played Civilization, then it will feel familiar as you use the terrain, your different troop types, as well as your hero (NFT) abilities to find victory. For strategy lovers, this will be one to check out for sure. City States: Medieval is aiming to launch closed beta at the end of this year, with a larger launch at the beginning of next year.

What mobile Web3 game in development are you most looking forward to? What games did I miss? Let us know in the Token Gamer Discord server!