Thalon, a New Web3 RTS on Immutable X, Is Announced

"It still feels like early days for Thalon, but I'm hopeful. The philosophy of the team behind the project is strong, Immutable X is a great ecosystem, and there is a smattering of game industry experience in their ranks."

Listen up Real-Time Strategy fans: a new Web3 RTS on Immutable X has been announced and it’s shaping up nicely! Introducing, Thalon.

There are a handful of games I keep up to date with and write about regularly. These flagship AAA projects hold a lot of pressure on their shoulders as many Web3 gamers are pinning their hopes on them. That is, we are hoping that these games can show even the most skeptical gamer just what is possible with blockchain.

There are, however, a great many indie projects continuing to pave the way for blockchain gaming. Where possible, I will cover indie games, but carefully vetting the team and hunting for red flags can be tricky. Fortunately, a recently announced game, Thalon, is free-to-play, there are some clips of in-game footage, and the team is fully doxxed, so I’m comfortable sharing. 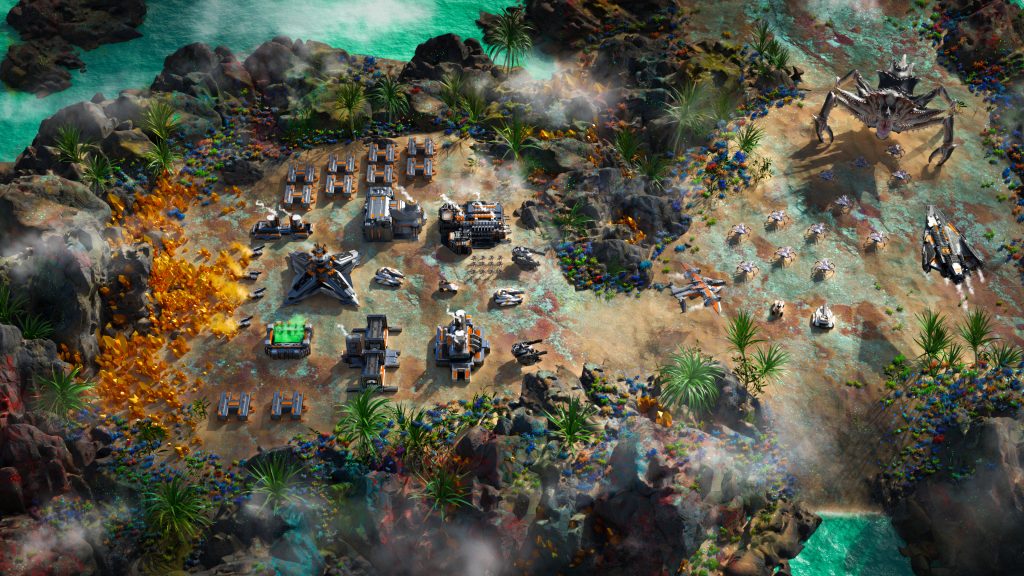 Thalon is a free-to-play, Web3 RTS with both PvE and PvP game modes. Battle Mode is the PvE path, allowing players to take on AI on varying difficulties. Multiplayer Mode is the core, PvP game and aims for competitive gameplay with rankings split into 1v1, 2v2, 3v3, and 4v4. As with most RTS titles, the gameplay is deep and complex with an almost unreachable skill ceiling. To get a true sense of how the game will work, I recommend this section of the Thalon whitepaper.

Enjoy an update to the environment on our demo – tag your RTS friends below 👇 pic.twitter.com/spBcay8cEk

Thalon utilizes NFTs in a number of ways, with most in-game assets on chain. There is also the Thalon token, $THL (ERC-20), which is used as the in-game currency, a reward for gameplay, the Thalon DAO, and liquidity mining and staking.

One stand-out feature of Thalon is the bounty box system. The winning player(s) of each game are awarded a bounty box containing $THL tokens or an NFT. The NFTs found in these boxes are one of the following:

3. Land – an asset that players can customize and receive additional fee income.

Another welcome and rare feature of Thalon is the low barrier of entry. As I have discussed in a number of places, I believe many game developers in Web3 have the financials the wrong way around; there is an inordinate amount of money to be made just by having players. Thalon appears to have the same feelings towards the rise of Web3 games, allowing any player to play without the friction of setting up wallets or an unpalatable entry fee.

Thalon is a free-to-play game – there is no requirement to purchase the game or any asset prior to starting. Asking players to pre-purchase an asset raises the barrier to entry for crypto natives and effectively pushes away any traditional gamer.

It still feels like early days for Thalon, but I’m hopeful. The philosophy of the team behind the project is strong, Immutable X is a great ecosystem, and there is a smattering of game industry experience in their ranks. Let’s hope we can jump in-game soon.