"Pocket Space is a fun and simple game to pick up whenever you have a free minute. It's easy to get started and farm resources, and progression happens quickly so it feels like you are accomplishing goals."

Sometimes games pop up on Fractal’s tournament schedule I’ve never heard about, which was the case for the game, Pocket Space. I had played the Web2 version of this game for a few days last year, developed by the same company, so I was familiar with what to do. This mobile game has you running around collecting resources to continually unlock new portions of the map, upgrade your weapon, and boost your level. It is enjoyable as a time passer, so let’s get into some more details of the game below.

What Is Pocket Space?

Pocket Space is “a space-fantasy sandbox idle arcade with building and crafting elements.” Essentially, you play as a little character running around collecting resources. The goal is progression, and you do this by continually unlocking more areas of the map. I appreciate how they have built the world map as it isn’t flat like you expect from many games. Instead, the map is made up of hexagonal tiles, which lay on a sphere, so you can see the little planet that you are walking around on and exploring. The cartoony graphics are clean, and the interface is simple and easy to use.

There will also be a PvP mode added to the game, which the alpha didn’t include. I’m curious to see how it works out, and what will give your player the advantage over another, but I guess we will have to wait for more information. It does feel like an incomplete game at the moment, but I won’t fault them for allowing users to test an alpha version.

How are NFTs Incorporated?

Currently, the game doesn’t have Web3 functionality, but we do know some details on how NFTs will be incorporated. For one, there will be NFT planets players can buy and farm their resources on. It looks like these planets will have unique resources that will be needed for upgrading your other items, and can be rented to other players to farm.

Your gear will also be NFTs. The better gear you have the faster it is to mine resources or defeat enemies. So far I’ve only seen an in-game currency discussed, so other than a governance token, I haven’t seen any cryptocurrency used within Pocket Space. 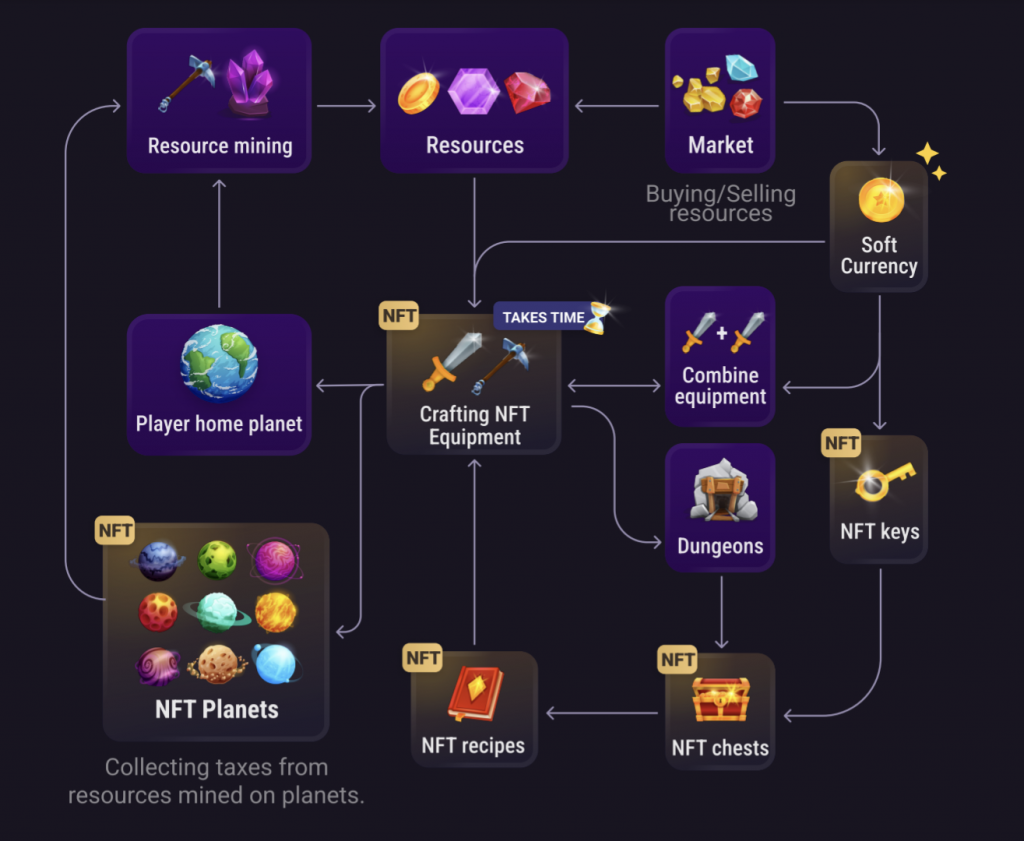 Pocket Space is a fun and simple game to pick up whenever you have a free minute. It’s easy to get started and farm resources, and progression happens quickly so it feels like you are accomplishing goals. Once I hit level seven or eight in the alpha it did get repetitive and grindy, but I think that may be due to the nature of the alpha.

I’m hoping for the full game release to have more content to keep players engaged. How easy it is to earn is yet to be seen, but as a Web3 mobile game, it is something I’ll be watching.

Previous article
Can Pixelmon Rise From the $70M Ashes? Major Changes Underway
Next article
The Big Onboarding Problem in Web3: Mint One 40

Apple App Store to Allow NFTs: The Good and the Bad

Top 5 Mobile Web3 Games in Development You Need to Know

Web3 Phones: What Does it Mean for Blockchain Gaming?