"So, merry Christmas blockchain gamers — go and get some special edition NFTs for Gods Unchained which serve three important purposes: they have utility in the game, they are limited edition, and they prove you were here in the trenches when so many have fled to wait for a warmer crypto climate"

Gods Unchained has just revealed their first seasonal, limited edition assets and cosmetics for the TCG, here’s everything we know so far.

Gods Unchained is a Web3 TCG (trading card game) we first covered way back in 2018, so it is something of a founding father in the blockchain gaming space. It has become the flagship, currently playable title on Immutable and has enjoyed steady growth for its addictive and competitive gameplay, whereas many of the early blockchain games have been abandoned or fallen away.

Now, in a first for Gods Unchained, the developers are releasing a limited-time set of 20 cards including Christmas versions of the 6 legendary champions: Lysander, Neferu, Pallas, Orfeo, Selena, and Valka. All digital assets from this festive mini-set will be tradeable and thus can be sold on the Immutable marketplaces such as GameStop. The event, Winter Wanderland, will run from 14th December 2022 until 11th January 2023 and will include more than just the collectibles.

“The new set will be a truly special edition, and we wholeheartedly invite the Gods Unchained community to join us as this Christmas story unfolds, and bear witness to this unique narrative that — for the first-time ever — places the champions in a different world outside of Eucos.

In addition to the set, there will be a series of community events to get involved in, starting with The Candy Chain. Once all of the community events are completed, participants will receive an exclusive card called “Unexpected Gift” which cannot be obtained any other way. 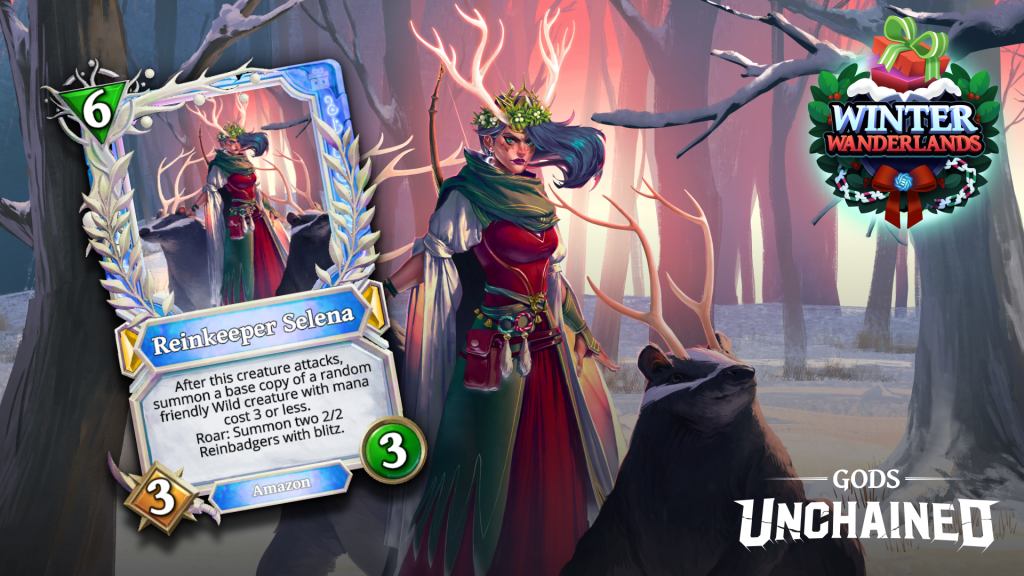 This event may seem innocuous enough, but it’s part of the reason I have followed and supported Gods Unchained for as long as I have. The developers were building the game back when there were so few people in the space and little in the way of plug-and-play solutions for blockchain integration. Now, we’re in the darkest, coldest depths of a particularly oppressive crypto winter and while most projects are scaling back and trying to survive, Gods Unchained continues to build and push on. 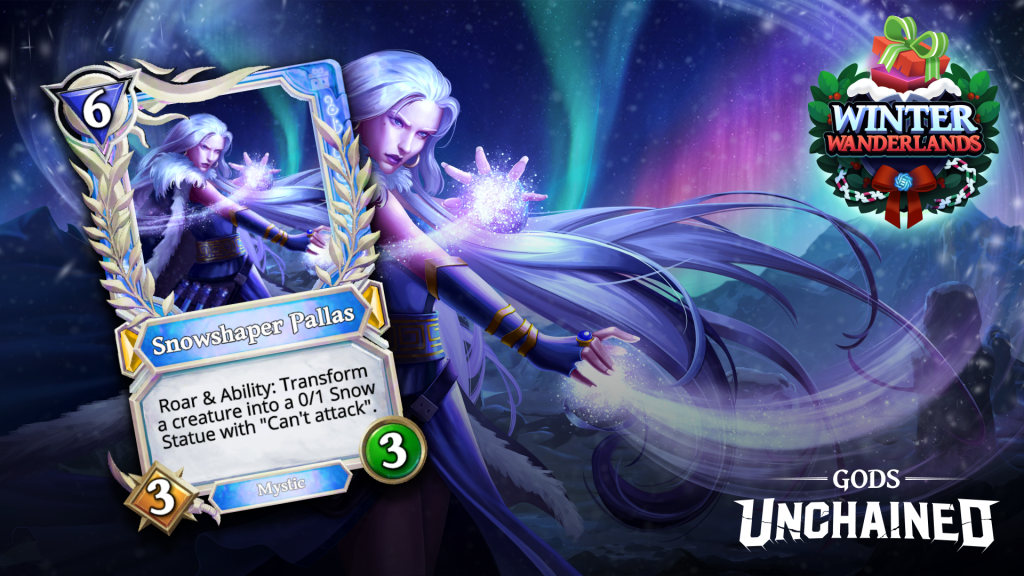 So, merry Christmas blockchain gamers — go and get some special edition NFTs for Gods Unchained which serve three important purposes: they have utility in the game, they are limited edition, and they prove you were here in the trenches when so many have fled to wait for a warmer crypto climate

Previous article
Digital Identity in Web3: Mint One 47
Next article
Oasys Continues Push for Blockchain Gaming With Funding Round