"If you are one of the millions of players of those 10 blockbuster games, you may as well be earning from the hours you're investing into them — it'd be foolish not to. What a staggeringly effective elevator pitch."

It is often the case that the simplest ideas turn into the most impactful ones and cause you to wonder why you didn’t think of them. Well, GamerGains is a simple idea and one I wondered why I hadn’t thought of, but will it be great?

We first reported on GamerGains at the start of the year after their successful $5.8m seed round, including big-name investors such as Winklevoss Capital and FTX. So, what is GamerGains? Well, I was fortunate enough to be invited to the closed beta, so here is an overview.

What Is GamerGains and How Does it Work? 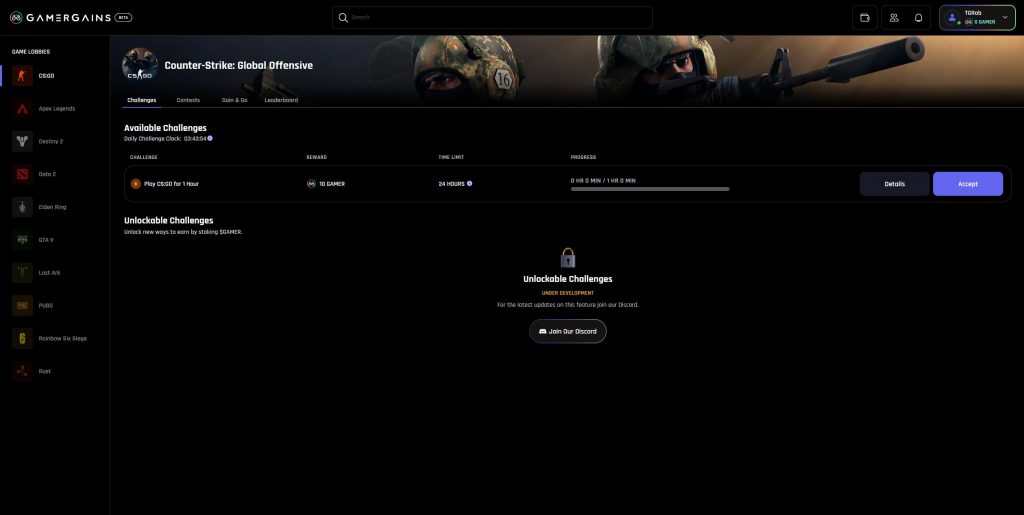 GamerGains is a platform that aims to overlay Play-to-Earn on top of traditional games. That is, you can play CS:GO and earn crypto — GamerGains’ $GAMER token on the Solana blockchain, to be specific. The Play-to-Earn movement rose to prominence in a heartbeat and grabbed the attention of many, and while it is suffering a similar downturn to the rest of crypto, it’s a concept many believe in.

Though I don’t see playing games replacing full-time employment for the majority, I would like to see merit-based financial rewards for those other than the 0.01% of players in the upper echelons of skill and competing on the big stage. Playing games as a career was laughable 20 years ago, but it’s now far more common with YouTubers, Twitch streamers, and esports competitors able to not only earn, but prosper. In that sense, the games industry has been unknowingly moving toward Play-to-Earn for over a decade as it leans into player-driven trends.

GamerGains has created the platform I hoped it would. It isn’t overly showy or unnecessarily complex, but rather clean and direct. One addition I hadn’t seen before opening the closed beta client was Gain & Go. This is a CS:GO-specific P2E interaction where you can join one of 12 GamerGains-owned private servers around the world and earn $GAMER tokens for every kill.

To get started, users need to connect their Steam account with which an API allows GamerGains to track player activity. You can then play any of the 10 top-tier games on the left of the screenshot above, with more to be added. Those games are:

It’s then as simple as playing games with your connected account and earning $GAMER token. In addition to that, there are challenges for games that allow you to earn extra tokens for completing them. These are pretty straightforward presently, but I expect them to grow in complexity as the platform is fleshed out.

One feature I am particularly fond of is streaming integration. Each user can connect their Twitch account and a dedicated tab is placed on the user’s profile page with their channel embedded. This is an easy win that so few platforms take advantage of.

There are a lot of features present but not yet functioning in the beta, but they will improve GamerGains significantly. Firstly, there are leaderboards for users who have earned the most, scored the most kills, completed the most challenges, and so on. Secondly, and my personal favorite, is Wager Contests. As the name suggests, players can set up games and place wagers on who will win. While I love this idea and some great content will be born of it, I do hope they can avoid regulatory entanglement due to gambling laws. Finally, there will be tournaments, and you can fill in those blanks yourself, I’m sure.

Arguably the aspect this venture hinges on almost entirely is the token and its tokenomics. That is, if $GAMER as a token is flawed, players will not care to earn it. What GamerGains has going for it is it doesn’t need to be some “to the moon!” token to succeed, it simply needs to provide utility; if people have a way to spend $GAMER and want to do so, then it becomes valuable.

$GAMER aims to be the premiere financialization layer of the entire gaming ecosystem, allowing gamers to earn and put their money where their mouths are across their favorite titles. The core product will be layered on top of the interfaces of the most popular existing gaming titles as a seamless integration and overlay that will span multiple gaming franchises and ecosystems.

When I first heard about GamerGains in Q1 of this year, I had immediate visions of how it could function, and I’m pleased to see that some of my ideas had already been thought of by GamerGains. For example, one way to ensure $GAMER is valued is to have it as the only currency that can be used to buy certain rewards, which appears to be one aspiration. There will then be the wager system, entry to paid tournaments, a loyalty point system, staking (sort of), and so on. 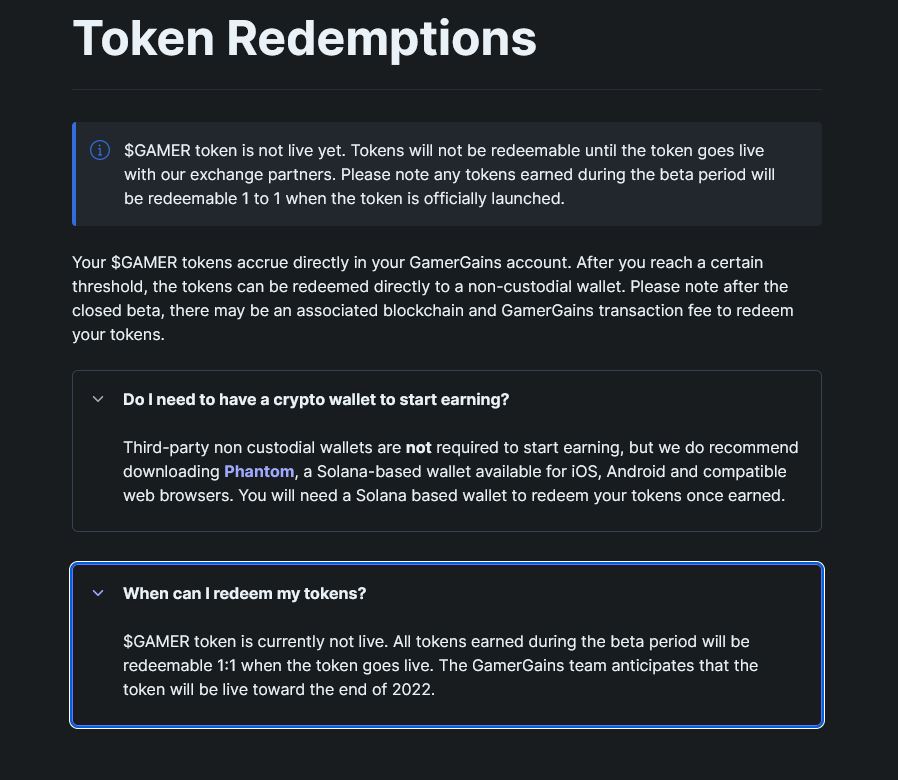 One important note is that the token is not yet live. You can still “earn”, but for all intents and purposes, you’re not earning crypto, you’re earning points on a website that will one day be exchanged for crypto and it will cost you to do so. I don’t mean to put a negative slant on this — I believe that you will easily be able to do this, move it to your own custodial wallet, and pay very little to do so — but it represents a vulnerability to anyone looking to dump time into GamerGains.

GamerGains is a concept made brilliant by its almost fiendish simplicity; overlaying P2E on traditional games is such an obvious interaction. Thus far, the execution of this idea has been strong and indications are it will continue on that path. If you are one of the millions of players of those 10 blockbuster games, you may as well be earning from the hours you’re investing into them — it’d be foolish not to. What a staggeringly effective elevator pitch.