"Gala Games are leading the charge in blockchain gaming, particularly in the last two months. This latest announcement sees another major IP inducted into our growing sector as well as the likes of Universal Games by proxy."

Gala Games has decided to put the thrusters on maximum for the last month with May Mayhem and then Galaverse. Between those two there have been more items of noteworthy news than almost all other sources combined. Blockchain gaming is swiftly becoming an exciting space to watch and Gala Games is at the heart of that.

This week we reported on a Gala Games battle royale project, Grit, which will be the first blockchain game to be on Epic Games Store — a significant moment for the industry. Then there is the less glamorous but equally impactful news of Gala integrating Chainlink VRF as their on-chain RNG smart contract tool. While I’m at it, we recently posted an overview of the Gala Games ecosystem, though at this rate, it’ll be largely outdated within a month of being published!

Gala Games, as I’m sure you can now tell, has a lot of irons in the fire. One which has been Project Saturn which had so little information there was nothing to report. Well, it turns out, Project Saturn is actually an official Battlestar Galactic blockchain game. 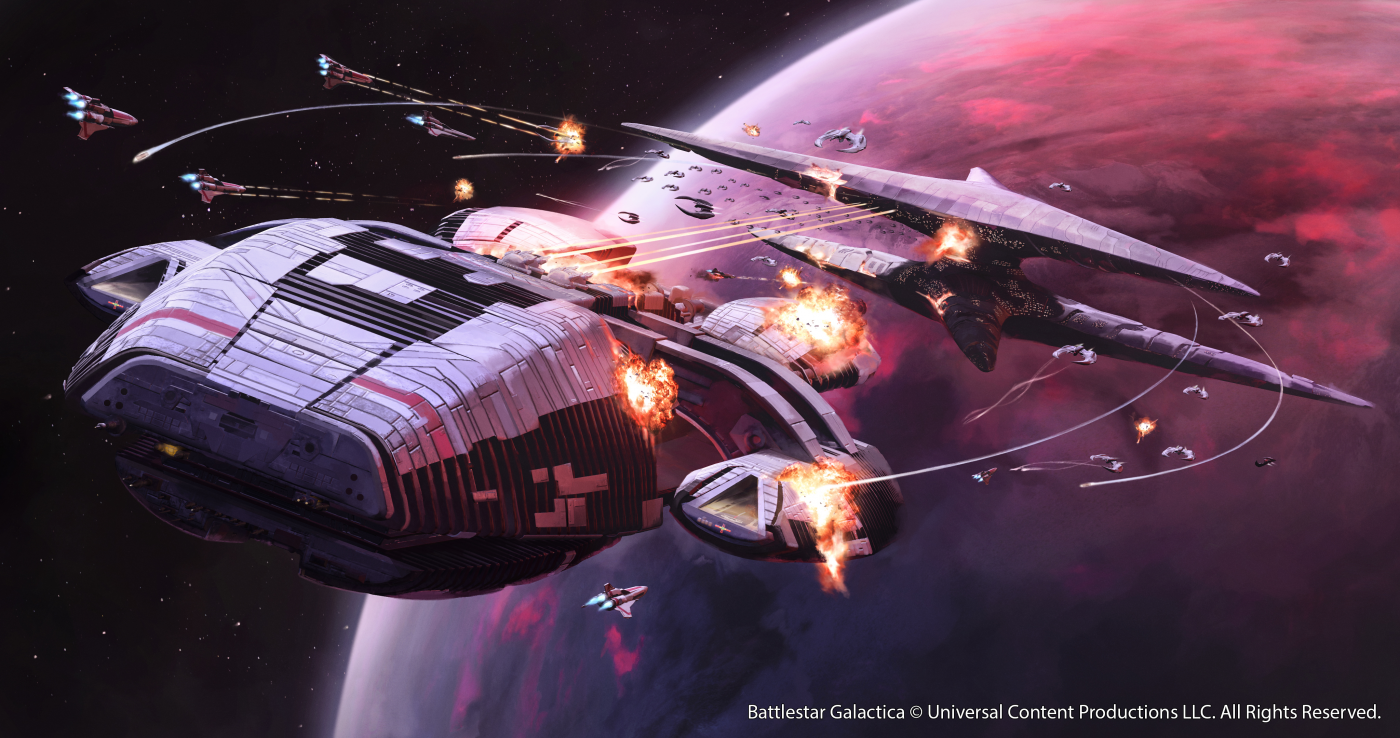 The Battlestar Galactica game inducted into the Gala Games ecosystem is a 4X space strategy MMO set within the world of the cult TV show. A 4X game is one that revolves around building an empire and the Xs are “explore, expand, exploit, and exterminate.”

Founders Node operators for Gala Games voted to accept Project Saturn after an AMA with the game’s developers, Revolving Games. As a result, the developers and Gala will work together with Universal Games and Digital Platforms to produce this major IP blockchain game.

Details are understandably sparse at present, but the following summary of the core of the game was a part of the announcement post by Gala:

REBUILD — In the Battlestar Galactica game, each season will commence with a new iteration of a surprise Cylon attack, leaving the Twelve Colonies in ruins. You will play as a human survivor and spawn your base near one of the remaining colonies. You will need to regain territory and resources to rebuild and withstand the incoming Cylon attacks.

REUNITE — As your territory grows and expands, new threats will begin to emerge. Cooperation and social connections will be key during this phase to recapture and rebuild the technology necessary to withstand the assaults. You’ll need to form alliances and coordinate tactics to defeat entrenched enemies and overcome the Cylons.

RECLAIM — Once reunited, you will be able to work with alliances on coordinating large scale attacks on strategic Cylon targets to fulfill seasonal goals. Alliance and individual leaderboards will indicate how successful humanity was at suppressing the Cylon onslaught. All your achievements throughout the season will contribute to how well you can withstand the threat from the attacking Cylons.

Gala Games are leading the charge in blockchain gaming, particularly in the last two months. This latest announcement sees another major IP inducted into our growing sector as well as the likes of Universal Games by proxy. This is a project that will attract die-hard Battlestar Galactica fans, blockchain gamers, and 4X strategy lovers alike, which is casting one hell of a wide net.

Previous articleIntroducing Grit by Gala Games: The First Blockchain Game on Epic Store
Next articleForge Arena is Launching Their Play and Earn Mechanics!

Solana’s Upcoming Web3 Phone Could Be a Stroke of Genius