There is a smattering of AAA-quality games in development at the moment and we are finally getting to peek our heads around their doors. GRIT, by Gala Games, has just launched its closed beta phase on the Epic Games Store.

In June of this year there was a flagship announcement in Web3 gaming: GRIT, a new blockchain-based battle royale game, was not only in development, but it was going to be the first blockchain game to be listed on the Epic Games Store. Since then, Epic Games has announced or listed other games such as Blankos Block Party and The Forge Arena, with more to come, but GRIT certainly caused the biggest stir.

What Is GRIT by Gala Games?

GRIT by Gala Games is a western-themed battle royale for Web3. Visually, it is reminiscent of PUBG to my eye, which is far from a criticism, and with the gaming community’s love for Red Dead Redemption 2, a western-themed PUBG could go down very well.

There are multiple twists on the battle royale genre, including variations in gameplay in each game. One attractive element is that a train runs through the map and can be used to hitch a ride to safe zones — can you imagine shootouts on a speeding train through the wild west? Furthermore, it is confirmed that the safe zone can be on the train too, which sounds like a brand of chaos I want to be involved in.

GRIT has 20 different weapons with more than 225 million possible loadouts and gunplay is physics-based, meaning you need to account for bullet drop, travel time, and so on. GRIT has a perk system where players can get bonuses for certain weapons or skills, as well as a selection of horses, which can be jacked, GTA-style. 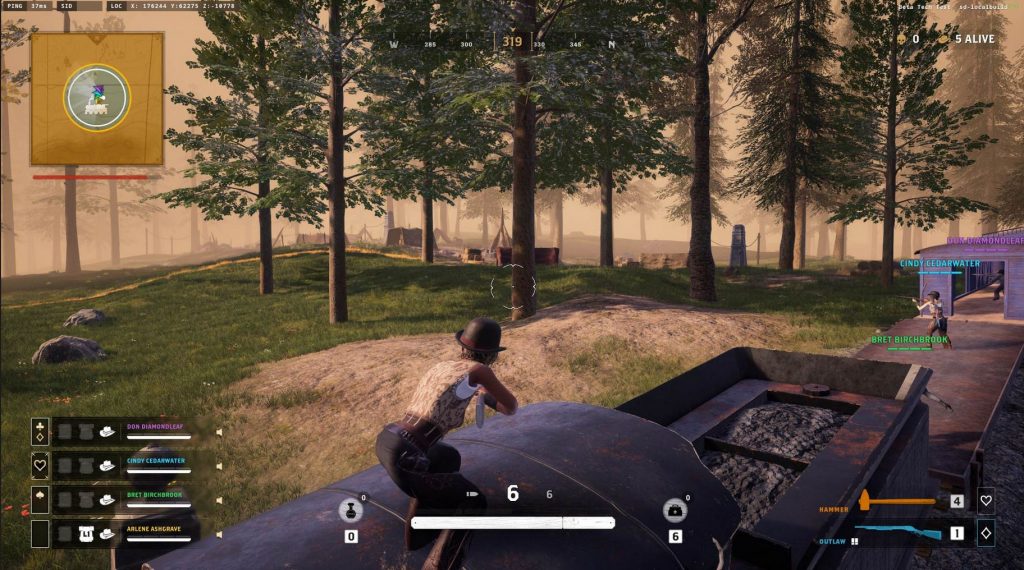 Let’s cut straight to what you want to know:

The full Gala Games blog post on the closed beta launch can be found here.

Honestly, I can’t wait for this. Though I have found the battle royale genre a little dusty and tired of late, GRIT looks innovative and dynamic. One crucial factor we are lacking information on at the moment is how blockchain, NFTs, and tokens will play a role. It is believed that the game will be Play-to-Earn, so presumably, you will be able to earn $GALA. I would then like to see the various weapon cards, perk systems, horses, skins, and all other player-owned content as NFTs, but that may be wishful thinking at this stage.

If we can secure entry to the closed beta, you can expect a video and some content on GRIT with our honest thoughts!