GameStop had become an aging giant within gaming; once a household name and staple of the ecosystem, it had become less relevant and was slipping into obscurity. The hedge funds squeezed the death rattle from GameStop's throat, before the internet decided to breathe some life back into its lungs.

GameStop has entered internet folklore with the Reddit versus Wallstreet debacle (if you’re not sure what that is, watch this incredible documentary). It was such a bizarre and singular event — really a black swan for Wallstreet — that I couldn’t leave it alone. I even bought a small amount of GME (when the spike was already well-established) because I just wanted to be a part of this meme-infused phoenix.

GameStop had become an aging giant within gaming; once a household name and staple of the ecosystem, it had become less relevant and was slipping into obscurity. The hedge funds squeezed the death rattle from GameStop’s throat, before the internet decided to breathe some life back into its lungs. Pleasingly, GameStop did not assume the role of passenger in this journey and decided to capitalize on the most unexpected of momentum. One significant step was to hire Ryan Cohen at the helm.

That left for dead retailer just launched something new 😳

Now, as Cohen has tweeted above, GameStop has launched the public beta of its NFT marketplace, looking to rival the likes of OpenSea and LooksRare.

The marketplace has seen a somewhat expected influx of users in its opening 24 hours with a competitive trading volume. The MetaBoy collection sits at the top with over $600,000 in under 24 hours.

For us, the real allure is the partnership with Immutable X, which will see GameStop marketplace become a trading hub for the likes of Gods Unchained, Illuvium, Ember Sword, Planet Quest, Guild of Guardians, and many more. This isn’t currently in play with regards to the marketplace, however. 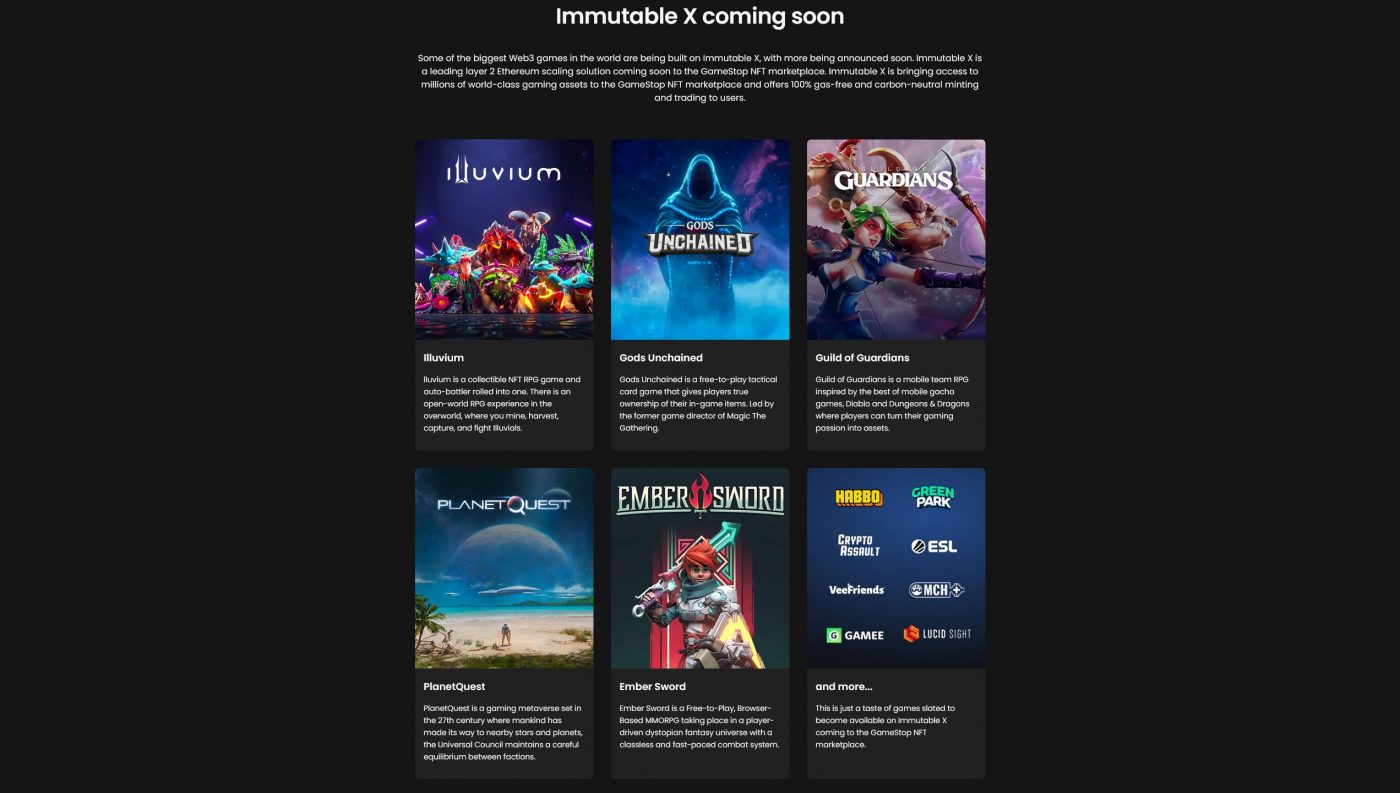 My initial tests of the marketplace have been a good experience. Linking my MetaMask to the Loopring (Ethereum L2) GameStop wallet was straightforward and moving $ETH between the two was also easy. I purchased an NFT just to see the process and again, it worked flawlessly, with reasonably low fees. There is also a useful educational section with resources on everything from “What is an NFT?” through to how to activate a Loopring Layer 2 account on the GameStop platform.

It’s early days for GameStop in Web3, but this step has been a large and — thus far — successful one. The integration of Immutable X is the moment blockchain gamers are waiting for — which is presumably GameStop’s target demographic — and hopefully that isn’t too far in the distance.