Enjin’s virtual item ecosystem is now coming together, and as the release of several of their products (Enjin wallet item support update, EnjinX blockchain explorer, Unity SDK) is nigh, developers are starting to stand up and take notice.

Enjincoin’s Early Adopters Program is kicking into gear, with several game studios jumping on board to be the first to take advantage of the Enjin ecosystem. Let’s take a look at what’s been announced so far!

War of Crypto is a free to play epic fantasy P2P fighting game for PC (and later mobile) where players assemble a team of heroes and fight it out with each other — similar to Pokemon, players can level up and even evolve their heroes to give them a competitive edge. Collect crypto ‘dust’ by winning battles and use this to level up your heroes!

War of Crypto has the honor of being the first game to hold an IAO (Initial Asset Offering) presale on the Enjin ecosystem. Players were able to join in a private presale, giving the chance to acquire special heroes with never-to-be-seen-again presale skins (and in one case, a unique hero that after presale will no longer be available at all!)

When the next Enjin Wallet update is released, War of Crypto heroes bought in presale will be viewable in the wallet, making them the first ERC-1155 tokens available to the public. Once the War of Crypto beta is released (slated for Q4 this year) players can start battling and leveling up their heroes. Exciting times ahead!!!

9 Lives Arena is a competitive RPG game with a focus on PVP gameplay made for PC, PS4 and Xbox One. You will be able to customise a character, train up your special skillsets and craft custom armour to suit your individual style.

What sets 9 Lives apart is the permadeath feature — your character has 9 Lives and when they run out, they die permanently. The stakes are high — it’s eat or be eaten!

One of the most unique features of 9Lives Arena is your companion Ooogy. Ooogy can be tasked to mine, lumberjack, collect loot and craft items while you aren’t playing. Simply leave him enough food and he will play passively for you. Ooogy will be able to be contacted via a mobile app, where you can give him tasks and check up on his progress!

9 Lives is holding a Kickstarter fundraiser starting on the 12th September, with limited edition Enjincoin-backed items up for grabs for supporters. Follow their Telegram channel or Facebook to stay updated as more info is released. 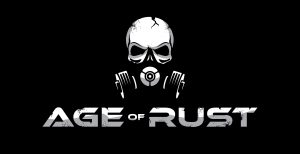 Age of Rust is a dystopic sci-fi adventure game set in the far reaches of space. Artificial Intelligence mechs have driven humanity into hiding by hunting them down and stealing their tech, bringing technological advancement to a halt and bringing forth the age of rust.

Age of Rust will incorporate problem-solving based gameplay mechanics in which players are rewarded in crypto — while their current in-game currency Rustbits are on the Counterparty network, they will be migrating to Enjin ERC-1155 tokens later this year.

Age of Rust will be available only on PC at this stage. Stay up to date by following Spacepirate Games on Twitter, Telegram or Discord.

CryptoFights is a turn based PvP fighting game in which players can strategically choose their gear before a battle in order to give themselves a competitive advantage. Winning battles awards players with XP and gold, allowing them to level up, buy better equipment, and progress to new arenas with tougher opponents and greater rewards.

Players will roll dice in order to determine hit accuracy and damage, the element of luck mixing with the player’s strategic choices to create exciting and compelling combat. Weapons and armour will be ERC-1155 tokens backed by Enjincoin, allowing players to truly own their in-game items.

The most recent game to announce it will be using Enjincoin is Forest Knight! Forest Knight is a turn-based strategy game for Android and iOS mobile platforms. Build your kingdom, explore the landscape, battle enemies and grow your team of characters (led by your main Knight, who can be upgraded and use equipment). Each hero is unique with their own proficiencies and skillsets, allowing for dynamic battling.

Forest Knight will initially be a single player adventure game but there are plans to fundraise for the addition of a PvP battle arena, with ENJ-backed crypto item rewards for the strongest fighters. Players will also receive crypto rewards for completing challenges or setting records.