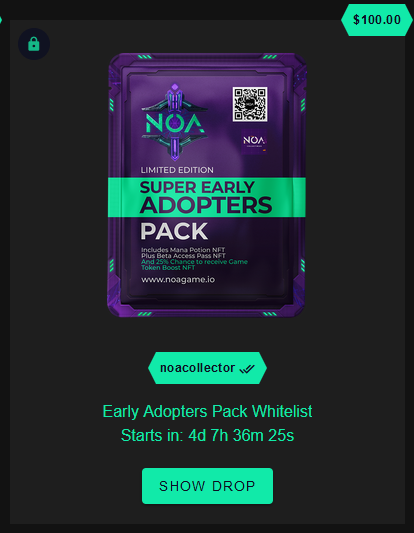 Each player will have to equip a Playground Pass in order to play the game. A limited number of players have the chance to purchase the Mana Potion item that drops from this pack. The Mana Potion also allows players to play the game and also provides important benefits such as increased token earnings for both won and lost games, as well as it can store up to 10 charges (1 every half an hour) of first hourly win rewards. This means that owners of the Mana Potion can play 10 games every 5 hours and if the games are won, they will receive 100% token earning. Normally 100% reward rate applies for only 1 game every hour. The rest of the games played for the rest of the hour reward a decreasing amount of tokens.

The pack contents are pre-minted!