AlterVerse has secured funding from the likes of Binance Labs, Polygon Ventures, and Ankr to build a fully functioning virtual metropolis in the metaverse: Sky City. This coincides perfectly with the launch of Sky City’s pre-alpha demo and first look.

There are few more exciting places to be than where burgeoning technology is being explored and blockchain is exactly that. What’s more, blockchain’s applications within the games industry are a fundamental pillar of the advancement of the crypto sector as a whole.

Now, with proper funding, a virtual city is being built with utility and lofty aspirations. So, what is Sky City?

What Is AlterVerse and Sky City? 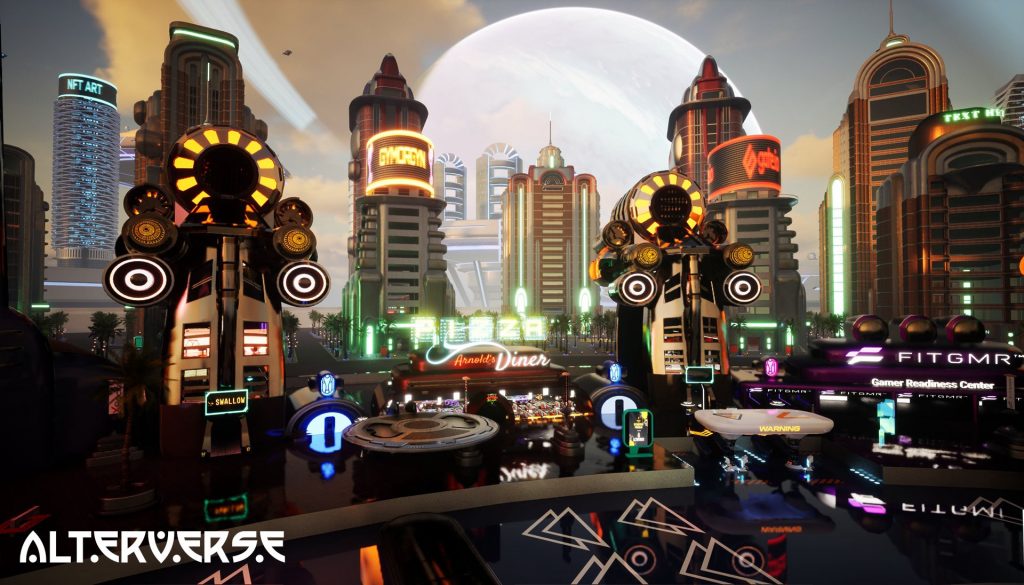 Firstly, AlterVerse is a gaming metaverse that has been in development for over 3 years, initially partnering with an Enjin fund. Inside AlterVerse will be connected games, starting with Outpost (a first-person shooter action game) and Rekt (a hardcore survival game). There will then be Sky City.

What is Sky City? Sky City is the central social hub for the AlterVerse metaverse, but with utility. Players can meet up to “buy land, build, shop, socialize, gather resources, craft NFTs, trade items, and play-and-earn.” It is built using Unreal Engine 5, which represents the pinnacle of current graphics and rendered environments.

Sky City already has over 75 partners, including some familiar names to Token Gamer readers, such as Space Misfits. Alterverse recently completed Season 4 of the Binance Labs Incubation Program which includes a full gamut of business support. Then, this week, AlterVerse announced a private funding round that has seen investment from Binance Labs, Polygon Ventures, Ankr, Baselayer Capital, and Enjinstarter.

The final thread to this announcement from AlterVerse is the launch of a playable pre-alpha demo of Sky City. The earliest supporters of the project will have access and entry will be heavily restricted.

As is so often the case in Web3, this is an ambitious project. AlterVerse aims to be a multi-game mini-metaverse with its own social hub, Sky City, which is like a spiritual successor to my beloved CyberTown.

AlterVerse is shaping up beautifully, has decent backing, and is growing in following — the future looks bright for the project. However, I will say that a lot hinges on their two upcoming and connected games: Outpost and Rekt. If these do not attract strong playerbases, Sky City’s attractiveness will have to be derived from its utility, which wouldn’t be a difficult pivot. Whatever the case, AlterVerse and Sky City are worth watching.

So, what do you think? Should we jump into Sky City and give our thoughts?