AlterVerse is a promising gaming metaverse-style project built in Unreal Engine 5, and after a long wait, we’re getting some gameplay footage ahead of the launch of the closed alpha test. 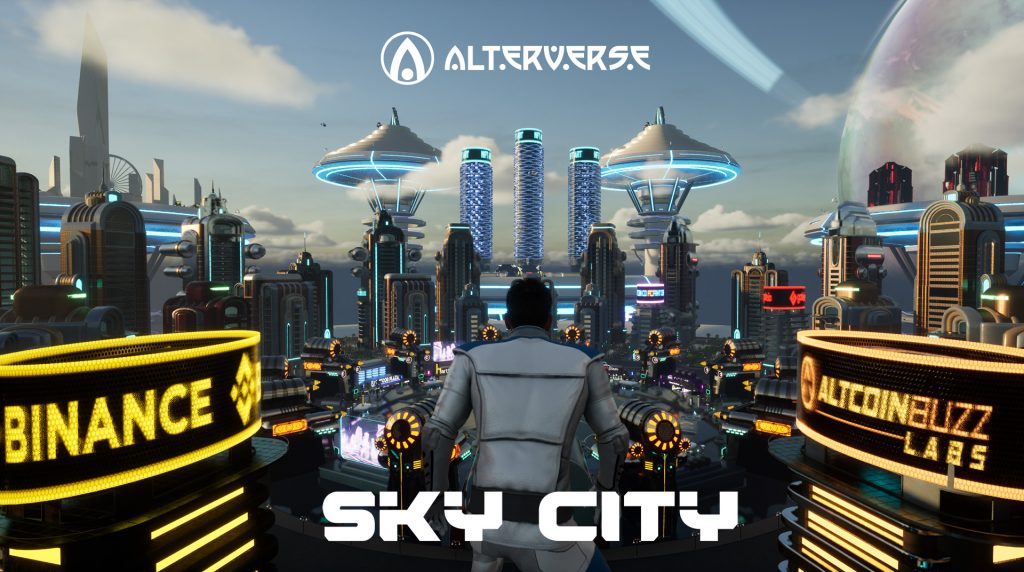 AlterVerse is a gaming metaverse that has been in development for more than 3 years and was initially a product of an Enjin fund. After a recent successful funding round, including support from the likes of Polygon Ventures and Binance Labs, the development appears to have ramped up. The closed alpha is launching on 12th December and the roadmap suggests that a land sale, closed beta, and open beta will also be Q4 2022.

There will initially be 3 games in AlterVerse: Outpost, which is a first-person shooter and action game, Rekt, which is a hardcore survival game, and then the sort-of game, sort-of social hub, Sky City. Sky City is meant to be the center point of the AlterVerse metaverse, where players can buy land, build, craft, shop, trade, and much more.

The entire project is built in the cutting-edge Unreal Engine 5 which is why it looks so damned good. Looks aside, it’s hard to tell how much functionality will be in the closed alpha. The first closed alpha test will have Sky City available, but there is no mention of Outpost that I could find and Rekt is scheduled for Q1 2023.

I’m fond of AlterVerse. I like what they’re trying to do and one of my hesitations has always been that it’s too ambitious. That said, after the funding round they had with some big names now behind them, I’m more optimistic they can execute the plan. As I said before, I feel as if AlterVerse can be the spiritual successor to my beloved CyberTown (CyberTown: The Metaverse Game That Was 20 Years Too Early) and nothing has managed to recapture that magic so far.

AlterVerse is a project we’re tracking closely and will have more content for you as soon as we are able!

What Does Web3 Mean for Social Media?: Mint One 53