3 Reasons You Need to Play the Hash Rush Open Beta

"...this isn't a quick indie project that a couple of guys threw together with Unity assets over the summer. This is a thoughtful game that has been years in the making which means, as far as blockchain gaming goes, it's a rare beast."

Hash Rush has recently unlocked the gates to its free-to-play open beta. This Web3 Real-Time Strategy (RTS) on the NEAR Protocol has a lot going for it and I wanted to give you three reasons why you should give it a go.

Way back in 2018 (which is only four years ago, but in crypto, time moves in dog years), I named Hash Rush one of the five most promising blockchain games. In fairness, there weren’t many in development, but four of the five are still going strong, and one of those is Gods Unchained which is doing particularly well! We also had Sam Finerty do a deep-dive of the Hash Rush alpha in October 2018.

Why is this relevant? Well, the development reason for playing Hash Rush is twofold. Firstly, this isn’t a quick indie project that a couple of guys threw together with Unity assets over the summer. This is a thoughtful game that has been years in the making which means, as far as blockchain gaming goes, it’s a rare beast. 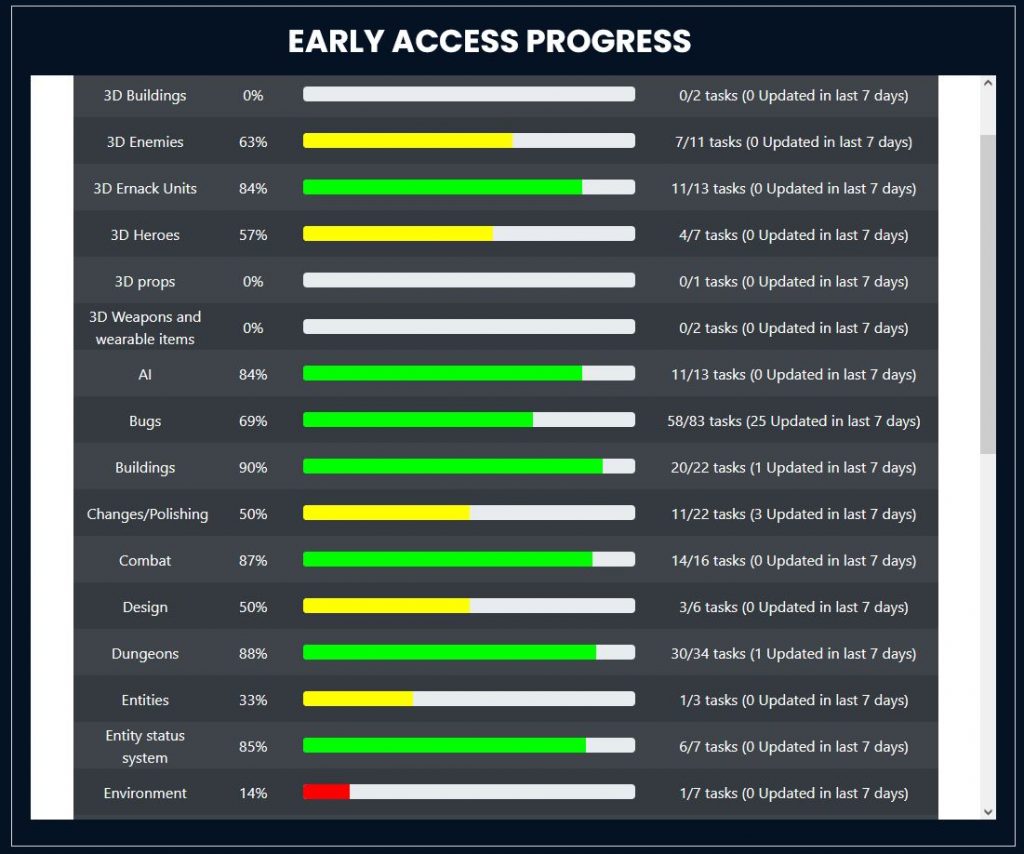 The second half of the development reason is the development transparency which is, quite frankly, setting the standard for the industry. What you’re looking at in the above image is a dynamic roadmap that shows what they need to do, what they have done, and where they’re allocating time and resources.

In our embryonic sector of gaming, there are a lot of shady projects operating under cloak and dagger. The Hash Rush developers are the antithesis of this behavior and it gives me more faith in the project. There are, of course, no guarantees, but transparency is a green flag to me. 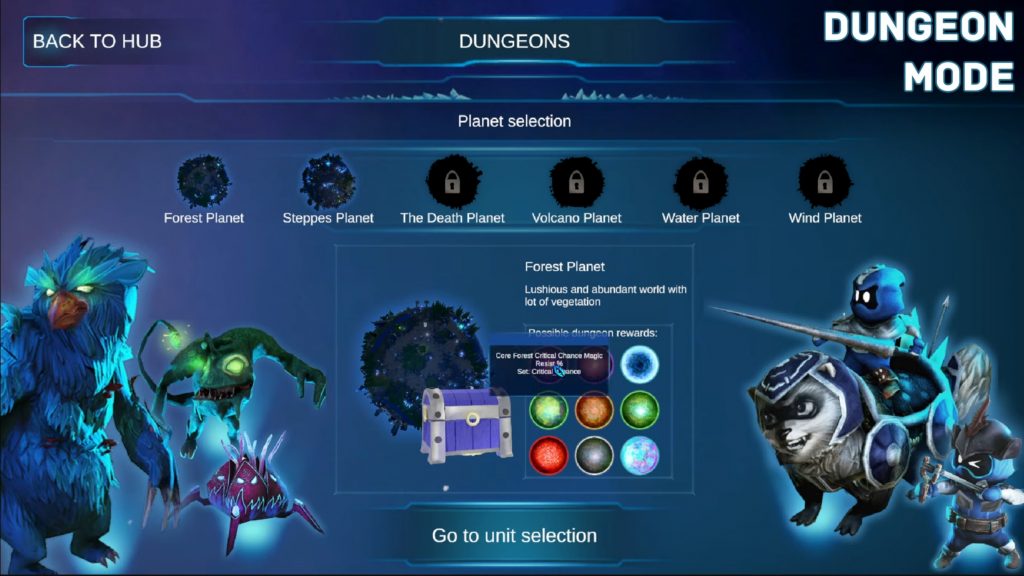 The Standard Mode of Hash Rush is particularly familiar RTS gameplay; it’s similar to the 4X gameplay style (abbreviation of Explore, Expand, Exploit, and Exterminate), but has had parallels drawn with Warcraft III. This mode is crucial for getting the crafting materials and resources you need, but there is a new mode that I believe is noteworthy: Dungeon Mode.

Dungeon Mode is not your typical base-building and army-growing experience, in fact, you can’t build anything. Instead, players are given points that they can allocate to units and heroes in an effort to build the best composition to clear a dungeon.

Dungeons are tied to the biome they are in and the monsters and bosses to be defeated also follow this theme. Dungeons are the primary source of recipes used for crafting, which is a fundamental part of Hash Rush.

My regular readers and listeners will know that a bugbear of mine in blockchain gaming is a sky-high cost of entry. With everything seen as an “investment”, games sell entry to their betas for hundreds of dollars at times. Well, Hash Rush is free-to-play and I can’t see any indication that’s going to change any time soon.

What’s more, the game has earning potential. In fact, the developers claim “that the first mention of play to earn in blockchain gaming was in Hash Rush’s initial whitepaper“. There are several ways to earn in Hash Rush and I recommend reading the dedicated part of the whitepaper, but crafting makes up the backbone of earning potential. Most items can be sold on the official marketplace on Vorto.

So, if you’re convinced (or even if you’re not), give it a try for free and let us know what you think!